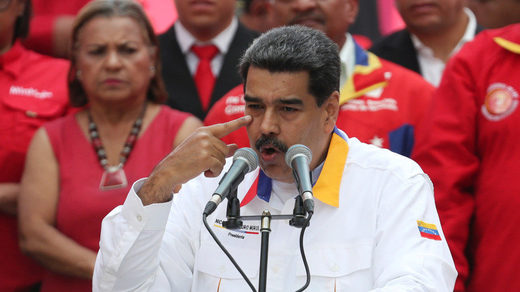 Venezuelan President Nicolas Maduro said foreign backers financed the failed attempt on his life last summer to the tune of $20 million, which he says was distributed to opposition members in neighboring Colombia. “The plan to kill me that was executed in August cost several million, there is talk of 20 million dollars,” President Maduro told the Bolivarian Army Academy on Tuesday at an event televised on state media.
Source: Your tax dollars at work? Venezuela’s Maduro says plot to kill him cost $20mn