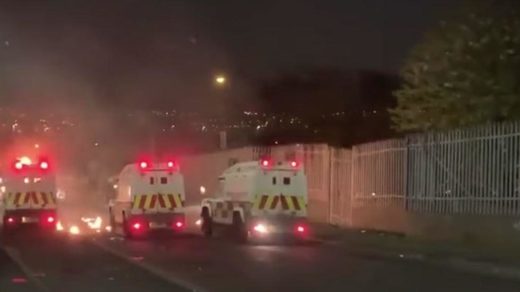 A young journalist was killed in Northern Ireland overnight in what police are treating as a “terrorist” incident. Lyra McKee, 29, was shot during riots ahead of the anniversary of the revolt that led to Irish independence from Britain. McKee was an investigative reporter and editor. Her work often focused on the conflict in Northern Ireland, known as “The Troubles,” which saw decades of violence between those who wanted Northern Ireland to remain part of the United Kingdom, known as “unionists,” and those who wanted it leave and join a united Republic of Ireland, known as “republicans.” The conflict officially ended with a peace accord, the Good Friday Agreement, in 1998. The latest rioting broke out in Londonderry after the Northern Irish police, fearing violence over the weekend, conducted a series of raids searching for weapons and ammunition. Gunshots were fired towards police and McKee was struck, they said.
Source: Young journalist shot and killed during riot in Derry, Northern Ireland