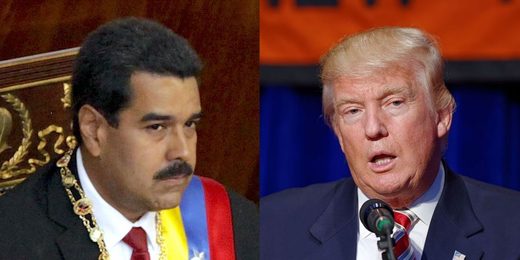 Venezuelan President Nicolás Maduro invited his American colleague to base relations between Venezuela and the United States on cooperation and mutual respect after successfully securing the full backing of Russia. Nicolás Maduro invited his American colleague, Donald Trump, to a “frank, direct and face to face” dialogue. This was affirmed in an interview made to the US ruler in an interview with journalist María Elvira Salazar and that was transmitted by the network of television Univision. “We are in the same hemisphere” and “sooner or later we are forced to speak and understand each other,” said the Venezuelan president.
Source: With Russian backing secured, Maduro offers hand of peace to Trump