Why our media fails to cover Palestine with accurate reporting and empathy: Intimidation

October 30, 2019
Why our media fails to cover Palestine with accurate reporting and empathy: Intimidation 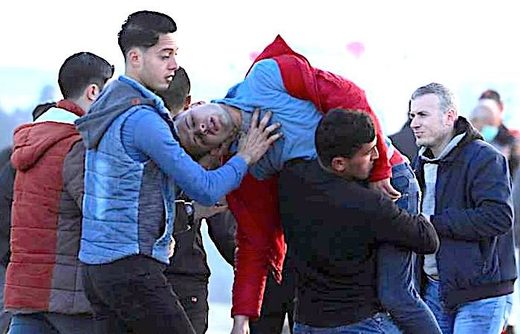 Often dubbed an open-air prison on account of Israel’s and Egypt’s ongoing air, land and sea blockade of the coastal enclave, Gaza is, according to Amnesty International and several other rights groups, on the brink of a humanitarian disaster. In February, Antonio Guterres, the United Nations secretary-general, highlighted the crisis, saying that the near two million Palestinians of the besieged strip “remain mired in increasing poverty and unemployment, with limited access to adequate health, education, water and electricity”. But the mainstream media does not always succeed in telling Palestine’s contemporary story with accuracy and empathy. On Thursday, in the Scottish city of Glasgow, experts discussed the media’s role in covering one of the most pressing and divisive issues in international politics.
Source: Why our media fails to cover Palestine with accurate reporting and empathy: Intimidation