Washington confirms: US to begin INF Treaty withdrawal as of February 2nd

January 16, 2019
Washington confirms: US to begin INF Treaty withdrawal as of February 2nd 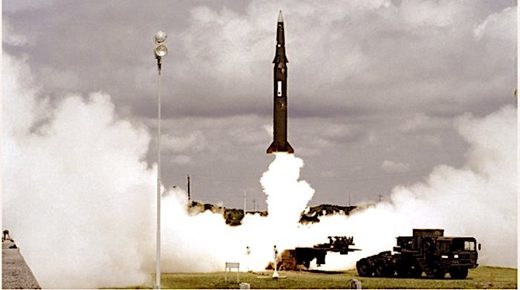 The US will begin its withdrawal from the Intermediate-Range Nuclear Forces Treaty with Russia on February 2, Under Secretary of State for Arms Control Andrea Thompson told NATO officials in Brussels. Washington’s unilateral withdrawal from the treaty – originally signed by the United States and Russia in 1987 – comes after negotiations in Geneva, Switzerland, fell through on Tuesday. Thompson claimed that Russia is in breach of the treaty, and that Moscow’s 9M729 missile system violates the terms of the agreement. Under the agreement, signed by Ronald Reagan and Mikhail Gorbachev in 1987, land-launched nuclear missiles with a range between 500 and 5,500 km are banned. Washington claims, without evidence, that the 9M729 has a range greater than 500 km and is therefore in violation of the treaty.
Source: Washington confirms: US to begin INF Treaty withdrawal as of February 2nd