February 26, 2019
Warren Buffet warns of upcoming “MEGACATASTROPHE” in his annual letter to shareholders 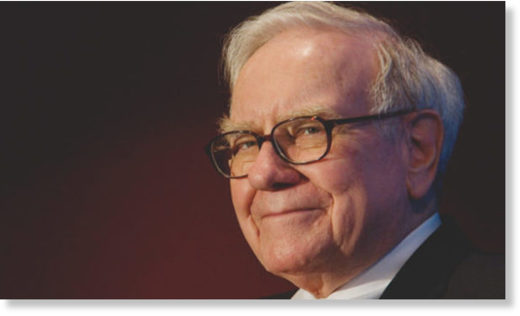 Billionaire Warren Buffet has issued a warning that there is an upcoming “megacatastrophe” on the horizon. Buffet says that when this apocalyptic scenario plays out, our losses will be immeasurable. In his annual letter, Buffet warned of a “megacatastrophe,” which he said will cause unprecedented havoc not just to victims but to the financial world as well. “A major catastrophe that will dwarf hurricanes Katrina and Michael will occur – perhaps tomorrow, perhaps many decades from now,” the Berkshire Hathaway CEO wrote. “‘The Big One’ may come from a traditional source, such as a hurricane or earthquake, or it may be a total surprise involving, say, a cyber attack having disastrous consequences beyond anything insurers now contemplate.”
Source: Warren Buffet warns of upcoming “MEGACATASTROPHE” in his annual letter to shareholders