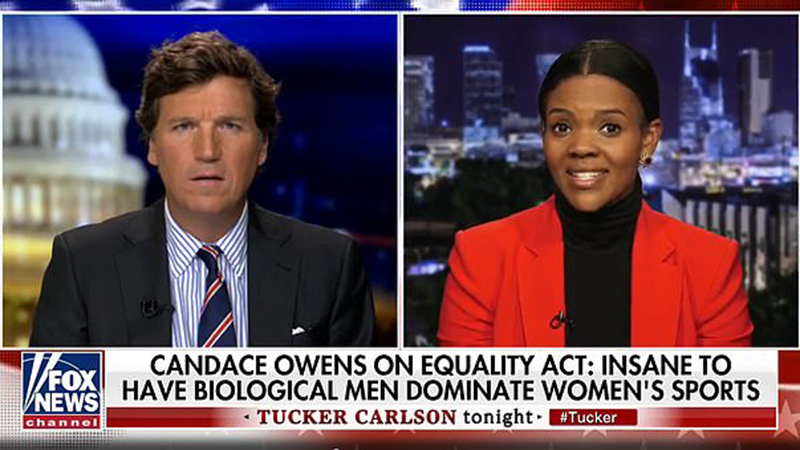 The bill, which passed the House last week outlines a framework for dismissing biological differences between men and women.

“They believe in sameness. Making everybody a carbon copy of the others,” Owens declared, adding “They hate the idea between male, female, girl, boy.”

The best-selling author also said she has been called “a bigot, a hateful individual, a transphobe” for her views, noting that “the left likes to use these pejoratives when you are just speaking common sense.”

Owens comments echo those of President Trump who told the CPAC conference that the ‘integrity’ of women’s sports is under threat from trans athletes, prompting frothing backlash from leftists.

Donald Trump: “What coach wants to recruit a young woman if her record could be easily broken by someone who was born a man?…

..I think it’s crazy, we must protect the integrity of women’s sports.”