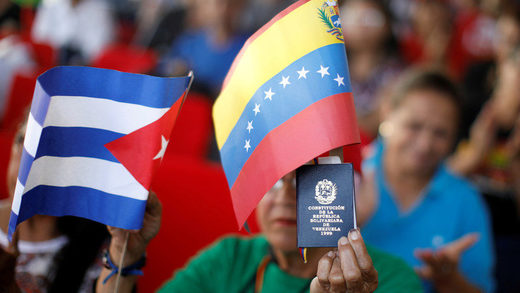 Venezuela’s oil production fell to a new low last month, as economic crisis and sanctions continue to strangle the industry. Venezuela’s output fell by 35,000 bpd in May, plunging to 741,000 bpd for the month, according to OPEC’s secondary sources, the lowest total in about a half century. The problems for Venezuela are not new and are very big, and as the country settles into a political stalemate that shows no signs of changing, the country’s oil production may simply continue to erode. Proponents of regime change had hoped that with President Nicolas Maduro out of the way, the incoming Juan Guaidó would lead to an overhaul of the country’s oil sector. Guaidó even laid out plans earlier this year that consisted of a partial privatization of the energy sector, hoping to attract foreign companies into the country. It would amount to a dramatic change for Venezuela, an erasure of the Chavez era in many ways, where state-owned PDVSA has presided over the oil industry for years….
Source: Venezuelan oil production set for another drop – little hope of turnaround