November 8, 2019
US increases funding to White Helmets who are persecuting Syrian Christians in Idlib 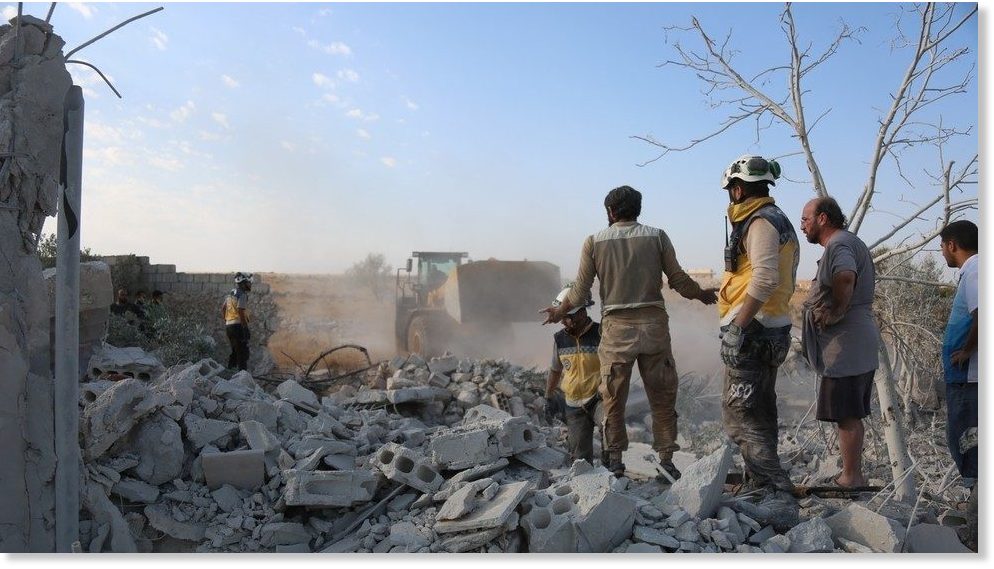 US President Donald Trump has not only reversed his “withdrawal from Syria” policy, he has recently attempted to revive the flagging credibility of the terrorist-affiliated White Helmets with a $4.5 million cash injection. This week, the UK Minister for the Middle East Andrew Murrison met the “chairman” of the White Helmets, the extremist-connected Raed Saleh, for a discussion on the situation in Idlib. Murrison highlighted the “massive disinformation campaign” being waged against the White Helmets by Russia and Syria while never addressing the multiple accusations being made by Syrian civilians against the group which include claims of child abduction and organ trafficking.
Source: US increases funding to White Helmets who are persecuting Syrian Christians in Idlib