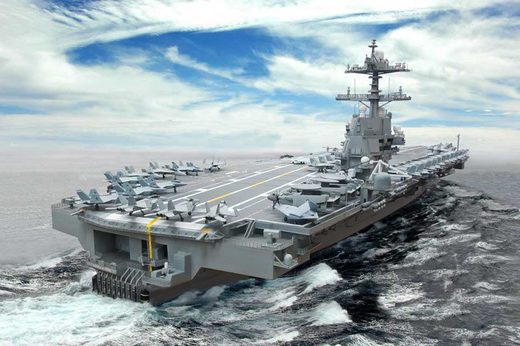 The most sophisticated and potentially most advanced aircraft carrier in the US Navy, the USS Gerald R. Ford, already has numerous failures in just two years of service, according to the US Naval Institute. The ship is the leader of a new series of nuclear aircraft carriers, writes the US institute. One of the ship’s many innovative features is its eleven advanced electromagnetic lifts that are used to move bombs, missiles and other ammunition reserves to aircraft hangars. However, only 2 of its 11 weapon lifts are in operation. The oldest lifts on most aircraft carriers in the country, and around the world, operate on hydraulic power and can lift approximately 4,600 kilograms of ammunition at 30 meters per minute. In contrast, advanced AWE lifts can carry twice the weight at about 50 meters per minute.
Source: US aircraft carrier suffering critical failures after just 2 years in service