November 10, 2019
University in Santiago on fire as anti-government rage continues in Chile 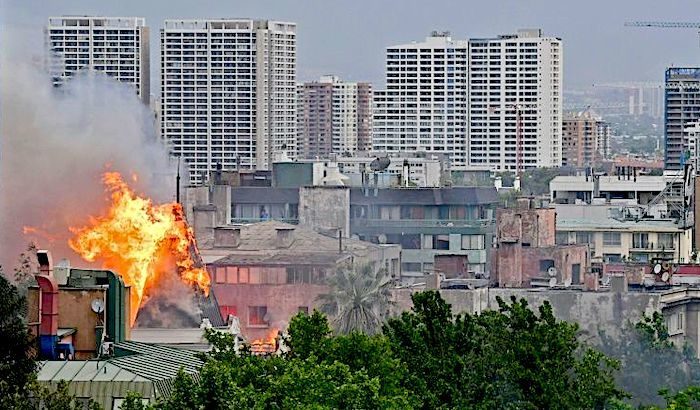 A university in central Santiago was damaged by fire on Friday as thousands of protesters gathered nearby for their latest demonstration against the austerity policies of Chilean President Sebastian Pinera. As the protest at Plaza Italia in the capital of Chile was underway, a blaze broke out at the nearby Pedro de Valdivia University. Nineteen crews of firefighters were dispatched to deal with the conflagration. Three people were reported arrested, with police saying they were responsible for the fire and were caught looting the place.
Source: University in Santiago on fire as anti-government rage continues in Chile