Twitter has taken it upon themselves to remove two prominent voices from the public square, once again.

The first victim of Twitter’s ban hammer was Infowars host Owen Shroyer – who was encouraging followers to gather in person at the Texas state Capitol in Austin on Saturday to protest coronavirus restrictions. Shortly after Media Matters wrote about the event, Shroyer was banished from the platform. Apparently the public cant be trusted with decisions concerning their own personal safety, so nanny @Jack stepped in to protect us from Owen’s persuasiveness.

A question, though… How many more people have died in the pandemic because the World Health Organization (WHO) told the public there was no human-to-human transmission of COVID-19 (when Chinese doctors who were silenced by the CCP said otherwise, and their own coronavirus expert disagreed), or not to wear masks, or that travel bans are unnecessary and racist?

How many more people have died or are still battling the effects of coronavirus after Nancy Pelosi told people to come on down to Chinatown on February 24 and mingle – when footage of dead and dying Wuhan residents were all over the internet?

The second conservative influencer banned by Twitter on Thursday was @ALX, a Turning Point USA staffer who dared to parody Joe Biden’s avatar generator with the following picture: 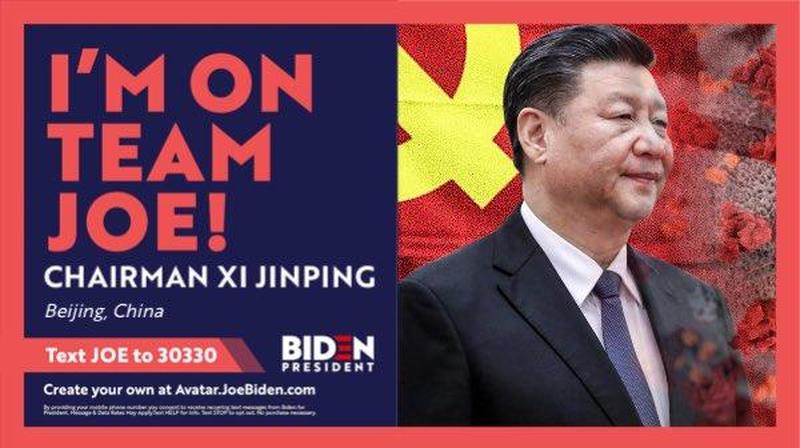 In other words, political satire is now off-limits because, presumably, using humor to point out that Joe Biden has an uncomfortable relationship with China is simply too effective.

Twitter has suspended @ALX, a  @TPUSA staffer and strong supporter of @realDonaldTrump.

But we know his real crime was being a conservative Trump supporter.

Let’s let Joe speak for himself:

“They’re not bad folks, folks…they’re not competition for us” – Joe Biden on Communist China, 2019

Biden gets a pass from the MSM. pic.twitter.com/kiaBNmeTkp

Another big endorsement for JOE! pic.twitter.com/AgiSXObkaw

Thanks for keeping us safe Jack, and don’t listen to everyone who says you’re shilling for the CCP and the Democratic Party by silencing powerful conservatives that are more compelling – and let’s face it, way funnier than the spoon-fed NPCs on the left.