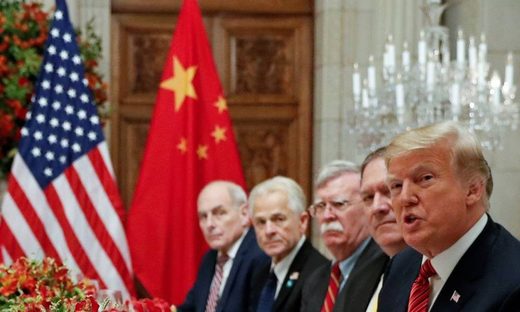 US President Donald Trump’s threat of more tariffs if Chinese President Xi Jinping doesn’t show up to the G20 summit is a “new low” for US diplomacy, crossing the line and threatening to unravel global trade, analysts tell RT. China will agree to a trade deal with the US “because they have to,” Trump said on Monday, adding that new tariffs on Chinese goods will go into effect immediately if Xi does not attend the G20 summit in Osaka, Japan later this month. Washington and Beijing have been negotiating a new trade deal for months, without results. “This is a new low in American diplomacy,” Sourabh Gupta, senior policy specialist at the Institute for China America Studies, told RT. “That an American president would advance and impose tariffs on a counterpart country if that country’s president did not consent to a sit-down bilateral meeting on the sidelines of a multilateral summit is absurd, to the point of being almost comical.”
Source: Trump’s G20 tariff threat to China sinks US diplomacy to ‘new low’