August 1, 2019
Trump’s DNI nominee Ratcliffe is intent on getting to bottom of Russiagate 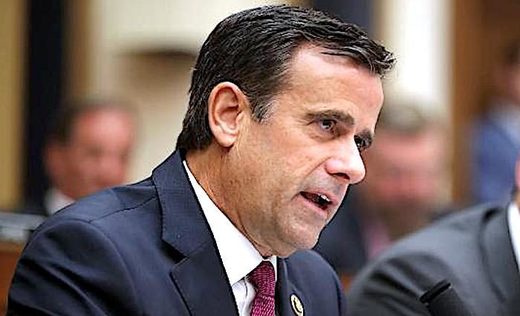 Shortly before President Donald Trump announced he had nominated Rep. John Ratcliffe (R-TX) to replace Dan Coats as director of national intelligence, Ratcliffe made it clear he intends to hit the deck running on the “crimes” behind Russiagate. “What I do know as a former federal prosecutor is it does appear that there were crimes committed during the Obama administration,” Ratcliffe told Fox News’ Maria Bartiromo. Mincing few words, he claimed the Democrats “accused Donald Trump of a crime and then tried to reverse engineer a process to justify that accusation.” It’s an extravagant claim. But it is also true, and the proof is in the pudding of which we should have a steady diet in the months to come.
Source: Trump’s DNI nominee Ratcliffe is intent on getting to bottom of Russiagate