ust hours after Democratic Senators on the Banking Committee (including Elizabeth Warren, back on Capitol Hill and quietly campaigning to be Joe Biden’s VP pick) finished castigating Treasury Secretary Steven Mnuchin for purportedly allowing corporations far too many concessions in the ‘PPP’ and the other lending programs, President Trump said moments ago that he would sign an executive order to continue his push to cut more regulations to bolster economic growth. 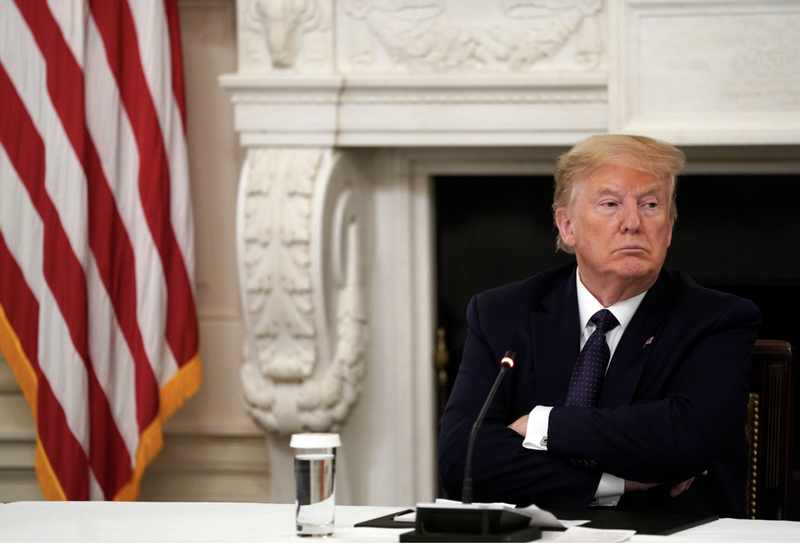 The Washington Examiner reported shortly before the announcement that Trump was ordering “a sweeping emergency deregulation effort” to help jump-start the economy.

President Trump is ordering a sweeping emergency deregulation effort Tuesday to jump-start the economic recovery from the coronavirus outbreak, and directing federal agencies not to “over-enforce” regulations against small businesses that are working to bounce back, The Washington Times has learned.

Mr. Trump is signing an executive order during a Cabinet meeting to direct federal agencies to use rapidly all emergency and “good cause” authorities to find regulations that can be rescinded or temporarily waived to promote job creation and economic growth.

The president is expected to say that the nation is fighting a crisis “not by grabbing more power for the government, but by giving it to the American people.”

When Trump signs the order tonight, he’ll ask federal agencies to review any “emergency” changes to regulation – particularly regulations impacting small businesses – and make permanent as many cuts as they can.

He’ll say that deregulation drove historic economic growth before the pandemic struck, and deregulation will bring the economy back stronger than ever. The president is also asking federal regulators not to crack down on small companies struggling to abide by the rules during the recovery.

“Small businesses, entrepreneurs, and the American people are the ones who are going to bring this economy roaring back, and the government should not be tying their hands with red tape.”

The decision is designed to bolster growth in telemedicine and even speed up transportation of livestock, senior administration officials said.

Senior administration officials said the action could speed the growth of telemedicine, for example, and accelerate pending transportation rules to aimed at shipping LNG by rail and more efficiently transporting livestock and other food products by truck.

Acting Office of Management and Budget Director Russ Vought said federal agencies have taken more than 600 temporary deregulatory actions to fight the pandemic, and now the administration will move to make permanent “any deregulation possible” to boost the economy.

They added that the order is indicative of Trump’s “unique perspective” (read: mistrust and antipathy) toward the “administrative state.”

“If a bureaucratic rule needs to be suspended during a time of crisis to help the American people, we should ask ourselves if it makes sense to keep at all,” Mr. Vought said. “Typically when our country has faced a crisis, Washington responds by grabbing more power.

President Trump understands that to get the economy moving, the power needs to be given back to the people and entrepreneurs.”

Paul Ray, administrator of the White House Office of Information and Regulatory Affairs, said the move highlights the president’s unique perspective on “the administrative state.:”

“He knows that what will jump-start the economy is not Big Government, but the American people,” Mr. Ray said. “That’s why this president is fighting the economic emergency by returning even more liberty to the people.”

We suspect liberals like former Clinton cabinet member Robert Reich will have a lot to say about this decision. If the outrage gets really bad, we might even see Ralph Nader, the consumer champion, make an appearance on CNBC.