Trump on Russia-Ukraine reconciliation: It would be a ‘great thing’

February 24, 2020
Trump on Russia-Ukraine reconciliation: It would be a ‘great thing’ 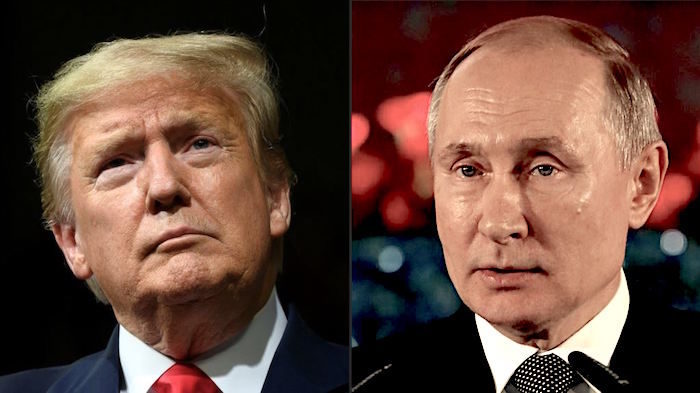 U.S. President Donald Trump has said he would like to see Russia and Ukraine mend their relationship, which has been badly damaged by Moscow’s seizure of Crimea and the ongoing war between Kyiv’s forces and Russia-backed separatists who hold parts of eastern Ukraine. “Well, I’d like to see them come together. I think if they came together in the sense that they got along with each other, that would be a great thing,” he told reporters on February 23 before departing on Marine Force One for his maiden voyage to India. A reporter had asked Trump to comment on Russian President Vladimir Putin’s recent accusations that other countries are trying split neighbors Russia and Ukraine apart, saying the two predominantly Slavic and Orthodox Christian countries would be a world superpower if they came together. In response, Trump added that “it would be a great thing for the world…. If Ukraine and Russia could work out some agreement where they get along, to me that would be very good.”
Source: Trump on Russia-Ukraine reconciliation: It would be a ‘great thing’