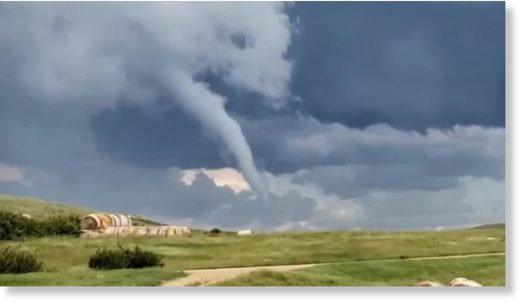 Environment Canada confirms three tornadoes touched down during a stormy afternoon across southern Saskatchewan on Friday. The first was a waterspout tornado over Old Wives Lake near Moose Jaw around 1 p.m. “Sometimes you can get a special type of tornado that forms over water but in this case, I think it was probably just a tornado that just happened to go over the water,” meteorologist Dan Fulton said Saturday morning. Two more tornadoes touched down near Rockglen. One was northwest of town near 4 p.m. for an unknown length of time, the other was south of the community around 4:30 p.m., lasting for about five minutes.
Source: Three tornadoes touch down in southern Saskatchewan, Canada