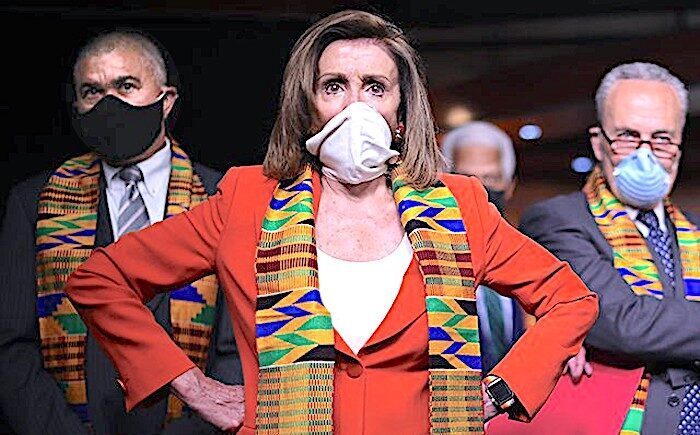 Three events last week showed that Democrats do not want a mere transfer of power if they win the November election: they intend to revolutionize our entire system of government. The first happened Wednesday, when Democrats blocked the Senate from considering a bill on police reform by Sen. Tim Scott (R-SC). Scott, who is African American, has been working on the issue for years. He had the full support of the rest of the Republican caucus. He also agreed to consider whatever amendments Democrats offered. They still used the filibuster to block the bill from even being debated. The episode showed that Democrats do not actually care about police reform. Nor do they want to unite the nation behind any sort of bipartisan compromise. They simply want to use the issue in the elections, which they hope will give them the House, the Senate, and the presidency. Then they can get rid of the filibuster and pass whatever they want.
Source: Three recent signs the Democrats want a ‘socialist’ revolution