The Spanish Flu Had 1000 Times The Death Rate, But Lockdowns Were Removed In Average of 4 to 5.5 Weeks 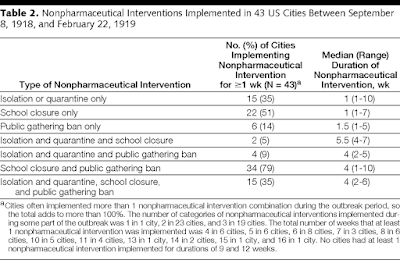 stock here.   I used this research in my early work.   Came back to it, to look at second wave.

The Spanish flu was Sept to Feb, and then it was done and did not come back in any appreciable way.

So that is different than COVID, which is ending in May.

The second waves in the Spanish Flu happened while still in Flu season.

Note the average duration of social interventions in chart above, Seems like WE WENT A BIT BAT SHIT CRAZY THIS TIME!

These curves from the Spanish Flu clearly show an important pattern.    Cities that reacted quickly, and then released people from lockdown, quickly, and then, when needed, locked down again, had by far the lowest death rates. 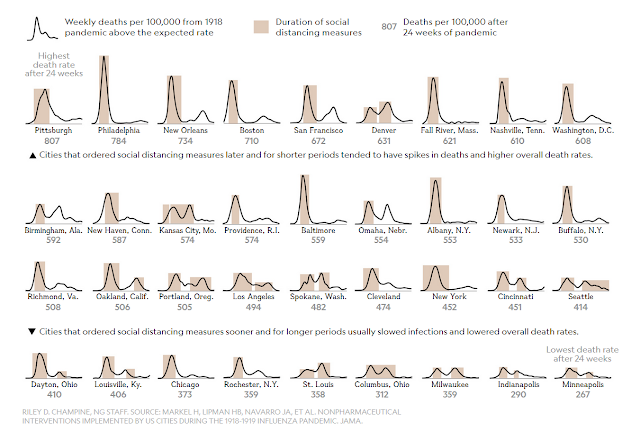 This chart shows that early response is the most important, not the length of lockdown. 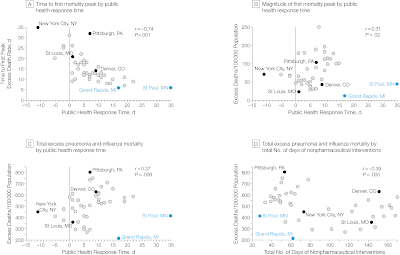 Source: The Spanish Flu Had 1000 Times The Death Rate, But Lockdowns Were Removed In Average of 4 to 5.5 Weeks