The Only Thing Morbidly Obese In D.C. Is The Government

So House Speaker Nancy Pelosi continues to prove the observation as true that the “Left Can’t Meme” by going on TV to decry President Trump prophylactic use of hydroxychloroquine and zinc to fend off COVID-19 by calling him “morbidly obese.”

What’s so sad about this exchange isn’t the obviously awkward set up by Anderson Cooper, the unctuous virtue signaling by Pelosi or the pathetic pandering to her base it is that Pelosi gets everything exactly wrong.

If Trump is morbidly obese, which would be a co-factor in falling to COVID-19, wouldn’t it make sense then for him TO be taking whatever precautions he and his doctors deemed helpful?

I guess Nancy would know all about morbid obesity because that’s the only kind of legislation she’s capable of sponsoring. 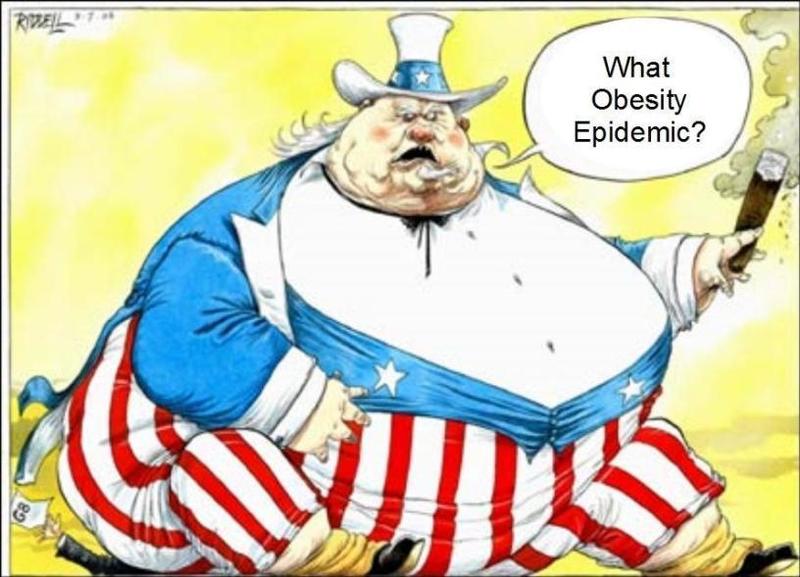 Her latest legislative fiasco was a new $3 trillion stimulus bill with precious little ‘stimulus’ in it whic was rejected by members of her own caucus (because truly who at this point could be stimulated to anything other than nausea by Pelosi).

Since the outset of the Coronapocalypse, I’ve been arguing that everything done to date has been the wrong approach. We should have been deregulating, allowing deflation to force debtors and debt-holders to figure things out themselves and put governments themselves on a massive diet.

The one single thing that would be of the most use to what’s left of the middle class, lowering payroll taxes, is the one thing they will not countenance.

Payroll taxes lowered, corporate taxes lowered, useless regulations cut, these are all good starts. But the real problem is the multi-trillion dollar elephant in the room, the cost of all levels of government that are a net drain on the real economy.

But all we have seen to this point is pointless theater from the pols in D.C. who still think the rules haven’t changed and anyone gives a rat’s ass about their schtick.

Treasury Secretary Steve Mnuchin and FOMC Chair Jerome Powell had to sit through grandstanding by Elizabeth Warren this morning to defend their actions during the worst of the crisis.

And that’s fine for what it is; blatant positioning by people who need a political win. Having Warren go after someone as odious as Mnuchin is like watching two rival teams you hate playing.

The best you can hope for is a tie and lots of injuries.

But what’s really surprising here is that Trump is stepping up the pace against his tormentors. He’s begun the attacks on Obama and his holdovers in the Justice Department through his acting Director of the ODNI, Richard Grenell.

BREAKING: New DNI instruction removes FBI from cordeword SIGINT briefings and products that contain sources/methods. They have been ordered to return to core LE/CT work

The orders have already gone out to the relevant IC commands, including INSCOM. Now FBI’s access will only be granted on a per-incident basis if matter is not directly related to terrorism or a criminal activity under active investigation

If Posobiec is correct about this and not over-stating the change, this is the biggest move to drain the swamp in decades. It makes it perfectly clear that Trump no longer trusts the FBI and that it is an agency that has far exceeded its mandate.

That it took them working overtime for years to bring down a sitting president and failing should be a huge wake up call to Americans of all political stripes.

But Trump isn’t done accelerating things yet. Now he’s signed an executive order to radically deregulate the U.S. economy and get rid of all the bottle-necks they engender.

The president said to his Cabinet members as he signed the order, “I want you to go to town and do it right. It gives you tremendous power to cut regulation.”

We don’t know the extent this will occur and what Trump’s really thinking at this point, but anything in this direction is welcome.

What’s important is that this kind of response never happens in D.C. but is exactly what the pols there are deathly afraid of. Because what happens when people get used to NOT having to comply with moronic rules.

The bureaucracy will find out that they aren’t needed. And that’s a real threat to them.

Removing bottlenecks even by temporarily not enforcing ridiculous mandates that are nothing more than barriers to commerce is enough to change the dynamic.

It is going to get harder and harder to justify big, bloated bureaucracies that just shuffle money around and waste people’s time. And Trump knows how to do this. This is a skill right in his wheelhouse as this is the greatest skill one has to have to get buildings built in the epicenter of corruption, New York City.

He knows that nothing will undercut the permanent bureaucracy more thoroughly then removing the rules which create the local fiefdoms that empower the petty and politically motivated in every city in the U.S.

And he also knows this is where the entrance into the hearts of those precious swing voters lies. I told you Trump would target the Tax Producers while Pelosi was still protecting the Tax Consumers.

He just doubled down on that and she has no answer but to call him fat.

Early in his response to COVID-19 Trump quietly got rid of barriers for doctors to practice across state lines and suspended prosecuting doctors for HIPAA violations that were not a result of gross negligence. He freed doctors up to mobilize them to lend expertise when and where it was needed.

Now he wants to do that for the entire economy by getting government out of the way of people trying to rebuild a society flattened by a draconian lock down which worsened an already terrible financial crisis.

I’m not surprised by this move at all. Trump understands what he’s up against this fall. Obama has entered the 2020 election in a way no former President ever has.

For the U.S. Deep State and the chattering class in D.C. the real existential crisis is the realization that a second Trump term means we figure out just how unnecessary they are.

We’re beginning to flex our muscles at the local level, disobeying brutal orders from Governors and local petty tyrants but it’s not enough. The swift moves to implement contact tracing via outsourcing to restaurants and business owners is a prelude of what comes next in the land of the not free, controlled by Karens.

Unpersoning those not willing to submit to will be in full flower by the end of the year if not sooner. And the quicker Trump moves to disempower the administrative state the better.

Because what truly needs to go on a diet is government. And those that need to be starved out are those that think that we work for them.

Source: The Only Thing Morbidly Obese In D.C. Is The Government