The Importance of Compensating Veterans for Trauma

May 23, 2020
The Importance of Compensating Veterans for Trauma 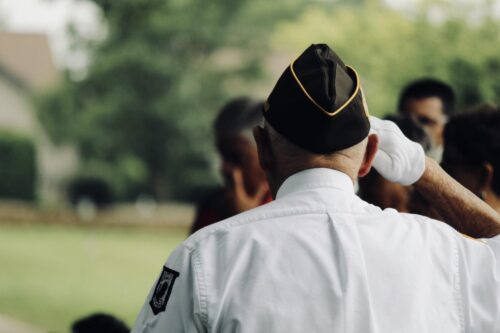 Since the United States was established, veterans have put their lives on the line to fight for freedom and so much more. From the deadly battles of the Civil War to uniting with allies in World War I and II, to fighting against terrorism in more recent years, our military has never backed away from doing the right thing for the flag.

But it’s nearly impossible for the average person to fully grasp what a vet might have to go through during their time in the military. While most military men and women know their jobs won’t be easy, no one can prepare you for the things you might have to experience in a wartime situation.

Because of that, many veterans today are struggling. Injured vets often have a hard time finding work after retiring from the military. Post-traumatic Stress Disorder (PTSD) is a serious concern for veterans who have been involved in active duty, and many struggle with finding their place in the “real world” after going through such a unique and harrowing experience.

So while it’s easy for us to celebrate holidays like Veterans Day and talk about how important our military is to this country, what else can be done to compensate our vets for their bravery and dedication to our country?

How Have Veterans Been Cared For?

The Department of Veterans Affairs wasn’t officially established until 1989. Most people are familiar with some of the common benefits of the VA:

But general care and compensation for vets have been going on since the colonial days of America when the English colonies provided pensions for military members who were injured.

In 1833, Congress created the Bureau of Pensions, which was the first unit that was strictly dedicated to assisting veterans.

President Lincoln was a huge supporter of veterans and was well aware that more needed to be done to help them. At his second inaugural address, Lincoln famously said, “To care for him who shall have borne the battle and for his widow, and his orphan.” This made it clear that the government had an obligation and a duty to provide not only for the soldiers on the battlefield but for the families they might leave behind. Today, Lincoln’s quote is the VA’s motto.

By 1873, Congress passed the Consolidation Act, which revised previous pension legislation to compensate disabled veterans based on the degree of their disability, rather than their rank within the military.

The first national home, a feature of the modern Veterans Health Administration, was established in 1866 and was a hospital solely dedicated to the health and care of veterans. These hospitals continued to grow as needed throughout the country, with the program growing rapidly after WWI.

The history of the government providing some type of care or compensation to veterans is rich and full of twists and turns. One thing has remained consistent, however, since the country was established: Most of the changes that have occurred were due to military members banding together and asking/demanding for better benefits.

Veterans sometimes have had to go through a variety of traumatic experiences. Fighting in a war is almost incomprehensible to some people, as is killing someone or being shot at in battle. But veterans often experience other types of trauma during their time of service, too.

For example, according to the Department of Veterans Affairs, 55% of women and 38% of men in the military have experienced sexual harassment of some kind. It may be hard to believe that the trauma could stem from within the military itself, but it happens more frequently than most people realize.

In recent years, those in the military have been called to do more than just go to war. During the September 11 attacks, there were hundreds of members of the military called to Ground Zero in New York City to be used as first responders. The 1st Battalion of the National Guard worked around the site for 314 days to help with search and rescue operations and to provide medical care for the injured. Unfortunately, years later a connection began to show between 9/11 and health conditions in the first responders who had spent time around Ground Zero. Some of the most common health conditions that have shown up include:

A Post-9/11 GI Bill was created to help veterans who served during that time to pay for education and training, but there is still work to be done regarding healthcare benefits. It’s something that some people are starting to work hard for, including comedian Jon Stewart.

The health issues associated with 9/11 are reminiscent of the issues that arose in the early 20th century when veterans were exposed to large quantities of asbestos. Asbestos was used in shipyards and in the production of Navy vessels, as well as planes, ships, and installations in the Army and Navy. It was low-cost, heat-resistant, and had fireproof capabilities. But, years later veterans who were exposed to it have experienced health conditions like cancer and respiratory issues.

How Should Veterans Be Compensated?

While the VA continues to provide multiple benefits to vets across the country, raising continual awareness to their needs is the best way to ensure veterans continue to get help with everything from medical care to employment assistance and even finding housing, since many veterans end up facing homelessness.

You can do your part by joining awareness groups, making donations, and continuing to educate yourself about the history of veteran compensation, and what more can be done to make sure the men and women who fight for our freedom get the things they truly deserve.

Source: The Importance of Compensating Veterans for Trauma