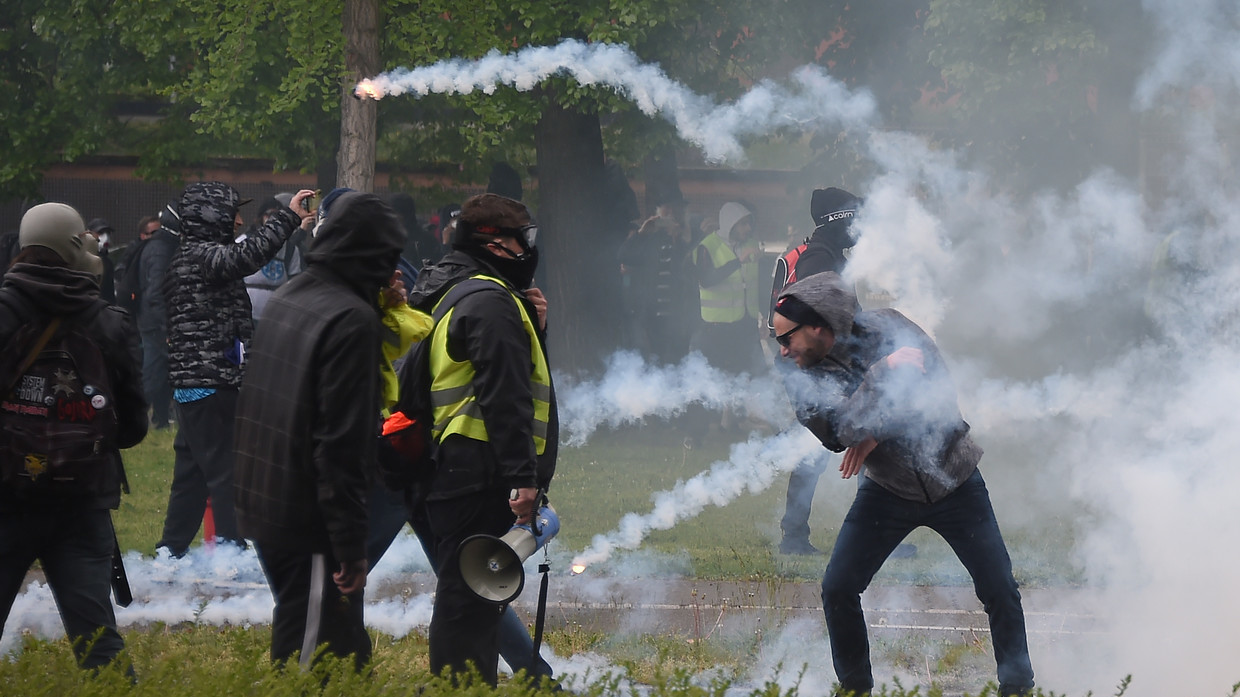 The 24th consecutive weekend of demonstrations saw more than 5,000 protesters take to the streets across France, including 2,600 in Paris, according to Interior Ministry figures, which the Yellow Vests have often questioned in the past.

In Strasbourg, tear gas filled the streets as police struggled to keep hundreds of demonstrators away from the EU Parliament buildings. Police have blocked roads and bridges, and clashes have broken out between heavily armored riot control officers and masked protesters.
more:
https://www.rt.com/news/457719-yellow-vests-eu-building-gas/