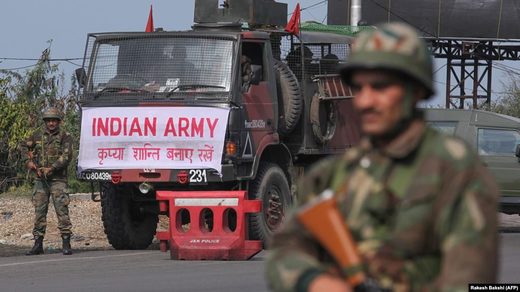 At least four civilians and three soldiers are said to have died during cross-border skirmishes between Pakistani and Indian troops late on October 19, reportedly making it one of the deadliest days since New Delhi revoked the special status of Indian-administered Kashmir in August. The conflicting reports from each side suggested the death toll could still rise from the late-night incident. Pakistani Army spokesman Major General Asif Ghafoor, in a tweet on October 20, blamed “unprovoked” shelling from the Indian side of the de facto Line of Control that he claimed was “deliberately targeting civilians.” Three civilians and one soldier in Pakistan-administered Kashmir died as a result, he said, and two Pakistani soldiers and five civilians were injured.
Source: Surgical Strikes 3.0? Pakistan, Indian exchange of fire kills at least seven at border