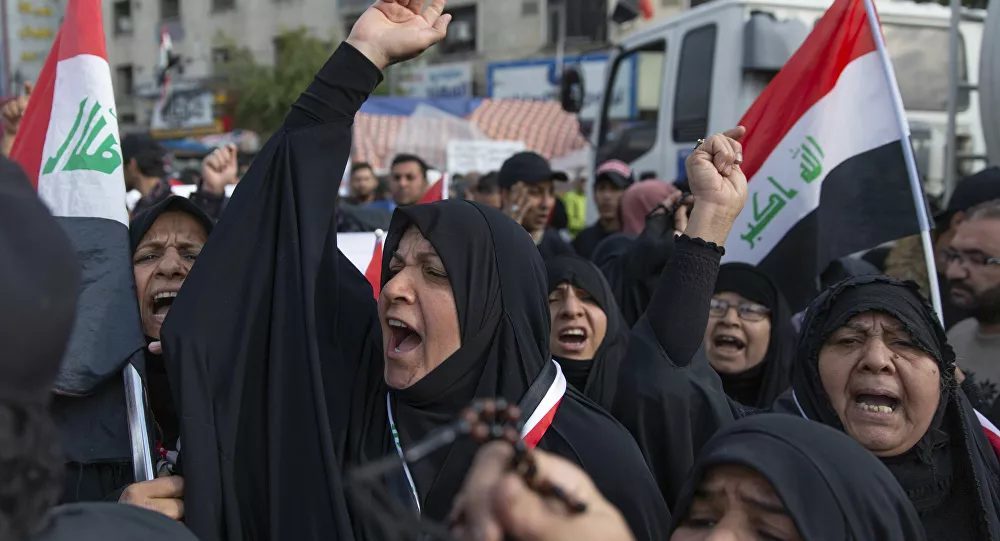 Three have people died and 44 got injured in Sunday’s civil unrest in Iraq’s capital of Baghdad, Fadhil Gharawi, a member of the Iraqi High Commission For Human Rights’ Board of Commissioners, said on Monday. “Three people died, 44 were injured in clashes that took place yesterday, on Sunday, at Khilani Square, in the center of Baghdad,” Gharawi said in a statement, according to Al-Sumaria TV channel. On Sunday, protests took place in Baghdad to commemorate the International Women’s Day. The protests in Iraq have been ongoing since October 2019, with the participants demanding an end to corruption and an improvement to the quality of life in the country.
Source: Sunday protests in Baghdad leave 3 dead, over 40 injured