Two months ago, we thought that the unprecedented implosion in US commercial real estate in the month of April following the near-uniform economic shutdown following the coronavius pandemic, manifesting in the surge in newly delinquent CMBS loans would be one for the ages, even though as we predicted May would likely be worse as a result of the spike in specially services loans.

And indeed while April was ugly, May was even worse. But both pale in comparison to what the latest June remittance data.

First, the good news: as Trepp writes in its latest monthly CMBS remittance report, at one point in June, it appeared that a new all-time high for CMBS delinquencies would be reached. However, when the final numbers were posted, the 2012 high of 10.34%, a fraction higher than the current level, remains the peak for the time being. 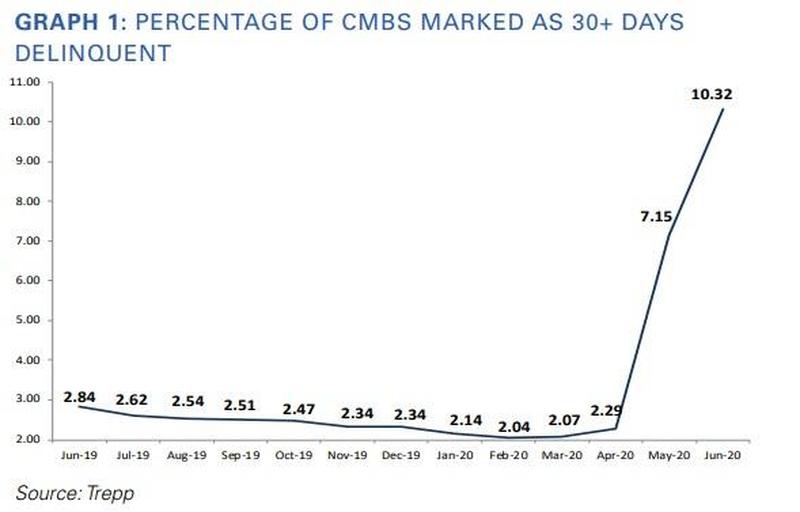 Next, the not so good news: the latest, June, Trepp CMBS Delinquency Rate was 10.32%, a jump of 317 basis points over the May number. About 5% of that number represents loans in the 30 days delinquent bucket while another 3.2% are now 60 days delinquent. And while the 2012 high remains the record for now, it won’t be for long, as the numbers are headed still higher in July. 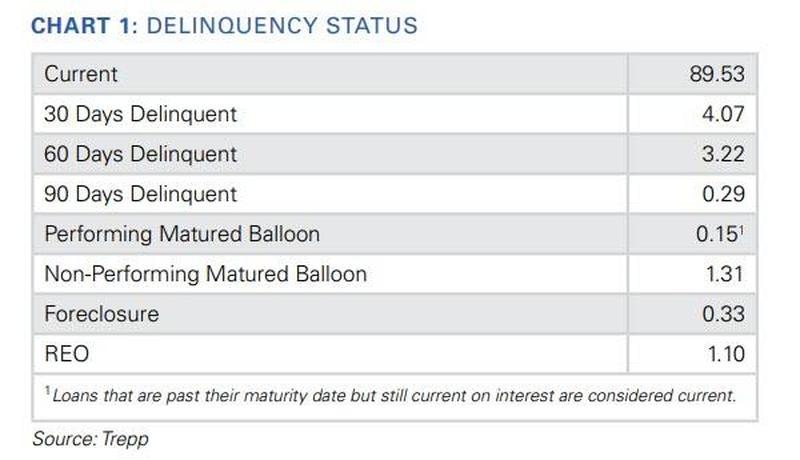 That’s because 4.1% of loans by balance missed the June payment but remained less than 30 days delinquent.  That percentage of loans in or beyond grace period (the A/B loans) has fallen from 8.1% in April and 7.6% in May. 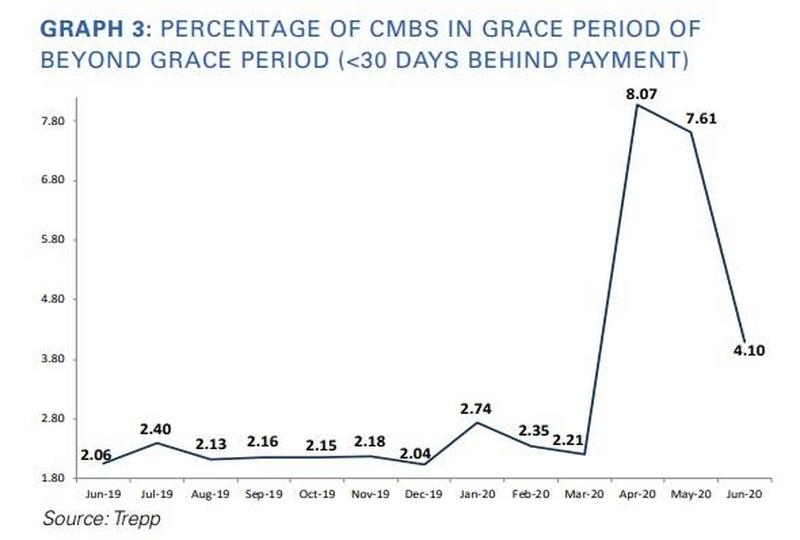 An optimistic take on the data is that perhaps we have reached terminal delinquency velocity – meaning most of the borrowers that felt the need for debt service relief have requested it. (Put another way, if a borrower didn’t need relief in April, May, or June there is a good chance the borrower won’t be needing it), although maturity defaults could still be an issue.) If that is the case, the expectation would be that the increases in the delinquency rate going forward should be smaller than what we saw in May and June. Alternatively, if the fiscal cliff hits at the end of July without a replacement stimulus, expect a second wave – if not of virus infections – then certainly of new commercial real estate delinquencies.