November 3, 2019
Staffordshire hoard revealed to be most important Anglo-Saxon find in history 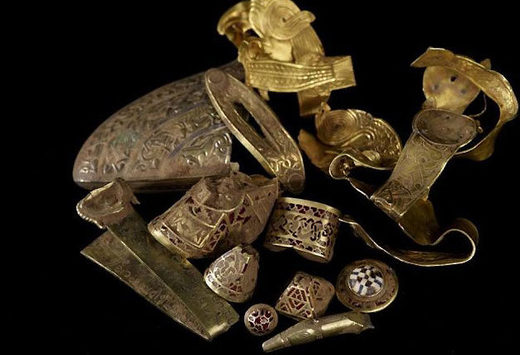 Britain’s most spectacular Anglo-Saxon treasures may well have been captured on a series of Dark Age battlefields – during bitter conflicts between rival English kingdoms. Archaeologists, who have just completed a major study of the finds, now believe that they were captured in several big mid-seventh century battles. It is likely that the treasures, now known as the Staffordshire Hoard, were seized (in perhaps between three and six substantial military encounters) by the English midlands kingdom of Mercia from the kingdoms of Northumbria, East Anglia and possibly Wessex.
Source: Staffordshire hoard revealed to be most important Anglo-Saxon find in history