Spring storm dumps up to foot of snow on the Wasatch Range, Utah

March 26, 2020
Spring storm dumps up to foot of snow on the Wasatch Range, Utah 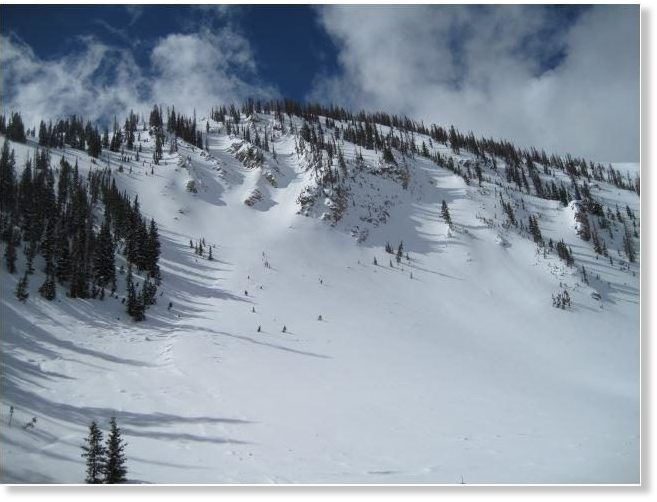 The new snow arrived with grapple and then a heavy dense snow followed. Trent Meisenheimer with the Utah Avalanche Forecast Center says it should stabilize quickly but for now, suggests people avoid the back country. On Tuesday, they received reports of avalanches releasing from the grapple layer. He says, with this current storm, there are two issues that impact the avalanche danger. “One is going to be new snow and that’s going to be across all elevations and aspects but probably more dangerous above 8500 feet. Now our second issue is up in the wind zone.” The Wasatch range has received 10 to 12 inches so far and winds are 35 to 45 miles per hour with higher gusts, which results in wind-loaded slopes. “Some areas like the Park City ridgeline or kind of Brighton, the backside of Heber/Snake Creek area could have received more snow out of this as they typically do pretty well with these southwest flow type storms.”
Source: Spring storm dumps up to foot of snow on the Wasatch Range, Utah