May 27, 2019
SOTT FOCUS: Farage’s Emphatic Victory in European Election Spells Doom For Both Tories And Corbyn 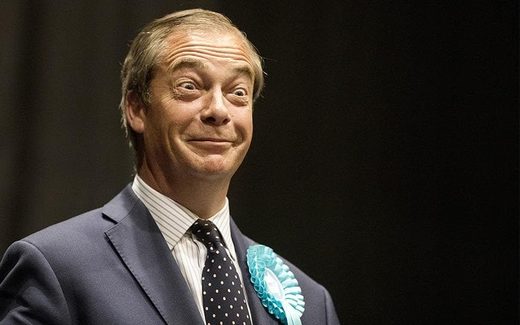 Desperate spin notwithstanding, the tsunami created by Nigel Farage’s six-week old Brexit Party may sweep away centuries-old parties which may now begin to split into their constituent parts. But first a word about Farage. As a populist politician he is perfectly evolved. Cheerful, possessed of only the ordinary vices, personable, a communicator of genius. He is neither a philosopher nor an ideologue but gripped by one iron-clad obsession – British withdrawal from the European Union. Single-mindedly pursued for a quarter of a century, this obsession has changed the course of history in a way not matched since Mr Churchill in the summer of 1940, Margaret Thatcher and Tony Blair not excepted. I have privately criticized him for prematurely departing the stage when Brexit was won after the 2016 referendum – but in fact his timing has been perfect. He gave the ruling elites, conspiring to wreck Brexit and defy the voters, just enough rope. And now they have hanged themselves.
Source: SOTT FOCUS: Farage’s Emphatic Victory in European Election Spells Doom For Both Tories And Corbyn