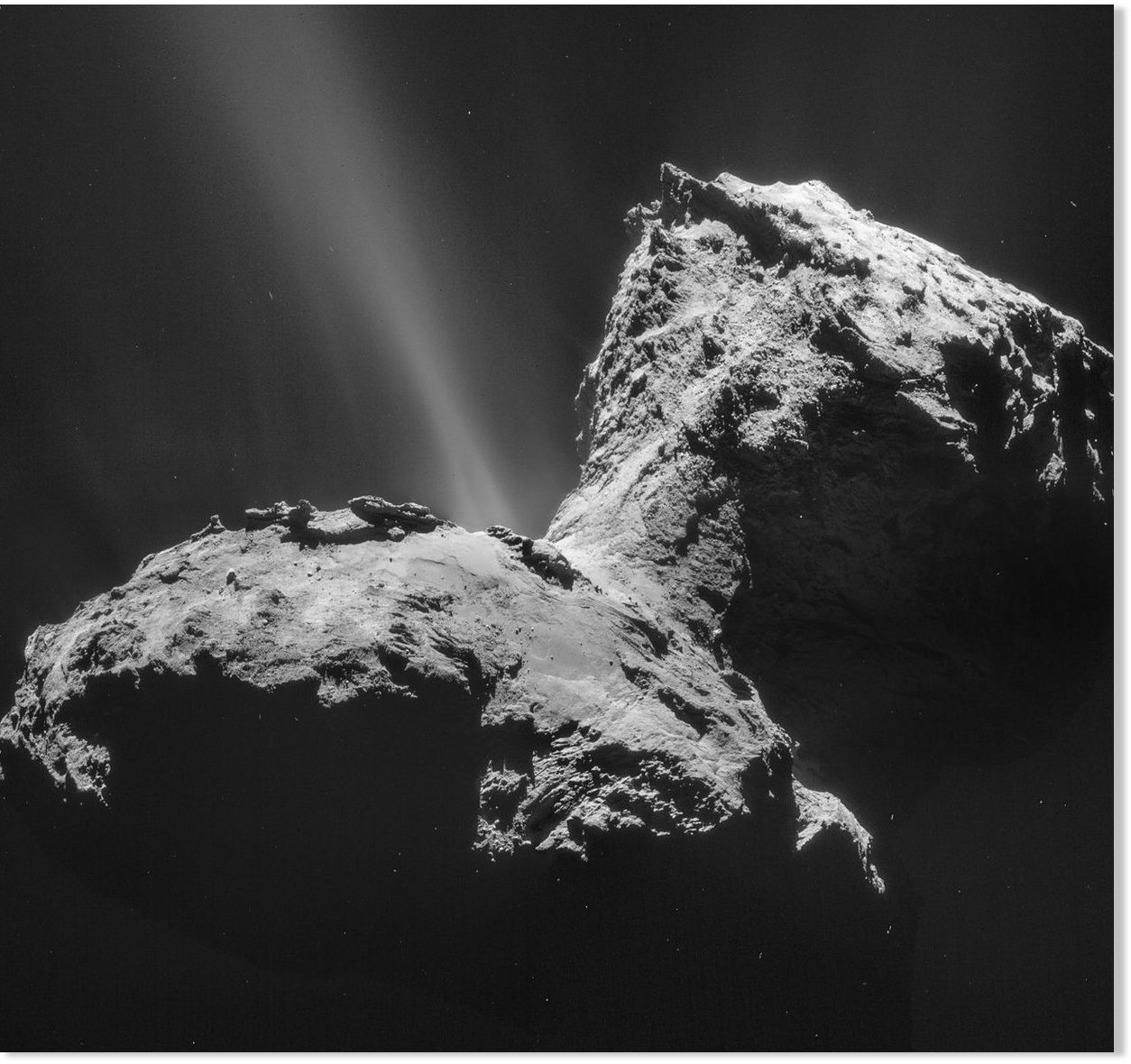 Researchers have identified nitrogen previously thought to be “missing” in comets, helping to solve a longstanding mystery about the icy space rocks. In analyzing the Comet 67P/Churyumov-Gerasimenko, which was visited and studied by the European Space Agency’s Rosetta spacecraft, scientists have uncovered significant amounts of ammonium salts that ended up revealing this “missing” nitrogen. Our solar system — which includes our sun and all of the planets and objects like comets and asteroids — formed from the condensation of a gaseous cloud known as the solar nebula. Scientists have long thought that the nitrogen-to-carbon ratio (N/C) of the sun should be roughly the same in comets, which formed in the cold outer reaches of the solar nebula far from the sun.
Source: Solar system mystery finally solved, thanks to salty space rock