Sent to Mongolia? Bolton’s absence from Trump-Kim meeting brings on the rumors

July 1, 2019
Sent to Mongolia? Bolton’s absence from Trump-Kim meeting brings on the rumors 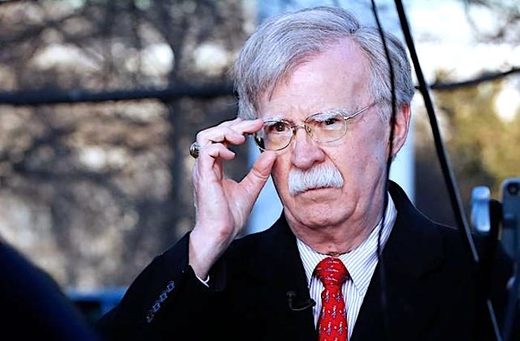 Hawkish national security adviser John Bolton was absent from President Trump’s team during his meeting with Kim Jong-un. However, non-interventionist Fox News host Tucker Carlson was present. Twitter put the pieces together. As Trump’s most trusted adviser on all things geopolitical, one would expect John Bolton to have the president’s ear before, during, and after his historic foray across the Demilitarized Zone into North Korea and subsequent meeting with Kim Jong-un. However, Bolton was nowhere to be seen during Sunday’s impromptu summit, and was instead dispatched to Mongolia to talk security with Mongolian State Secretary Davaasuren Damdinsuren. Notably present in Trump’s entourage, however, was Fox News host Tucker Carlson, an outspoken anti-interventionist and tireless critic of Bolton’s trigger-happy neoconservatism.
Source: Sent to Mongolia? Bolton’s absence from Trump-Kim meeting brings on the rumors