Senator Sounds Alarm On Far-Left Biden DOJ Nominee Who Supports Defunding Police: ‘She Must Be

March 7, 2021
Sen. Tom Cotton (R-AR) warned in a statement on Thursday evening that Vanita Gupta, an attorney who President Joe Biden has nominated for the No. 3 job at the Department of Justice, would make America less safe due to her far-left policy views on policing. 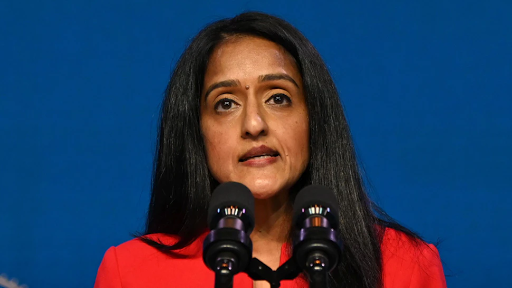 “Vanita Gupta, President Biden’ nominee for Associate Attorney General, would make America less safe. She must be stopped,” Cotton wrote on Twitter. “More than 83k Americans died from drug overdoses last year, but Gupta wants to ‘decriminalize’ possession of ALL drugs, even fentanyl. Opioids are already ravaging our communities-we shouldn’t give fentanyl, heroin, or cocaine dealers get-out-of-jail-free cards.””As recently as last summer, Vanita Gupta called to defund the police,” Cotton continued. “Her allies in the jailbreak industry-who are clamoring for access to the Biden DOJ-are now trying to deny what she said. But see for yourself where Vanita Gupta stands on defunding the police.”

Cotton included a statement that Gupta made to the U.S. Senate Committee on the Judiciary last summer on the use of police force, a hearing that took place as left-wing riots ravaged inner cities across the U.S. in the aftermath of the death of George Floyd.
more:
http://www.scoopyweb.com/2021/03/senator-sounds-alarm-on-far-left-biden.html