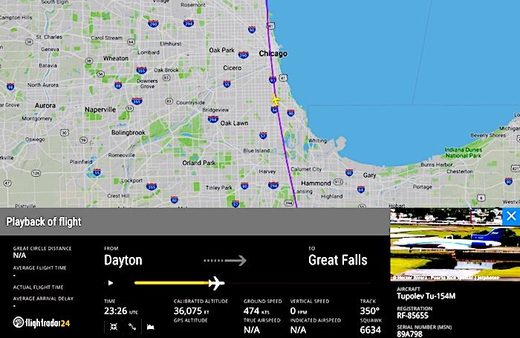 A routine Russian flight to Hawaii under the Open Skies treaty has been invoked by a former senior Obama administration official to stir up panic among the ‘Russiagate’ holdovers, proving some conspiracies just refuse to go away. “I’ll tell you why a Russian spy plane flew over downtown Chicago, and it has nothing to do with military transparency. In all likelihood it was surveilling critical infrastructure,” declared Michael Carpenter, currently a senior director at the Penn Biden Center for Diplomacy.
Source: Russian spy plane! Biden aide freaks out over normal treaty flight in Chicago air space