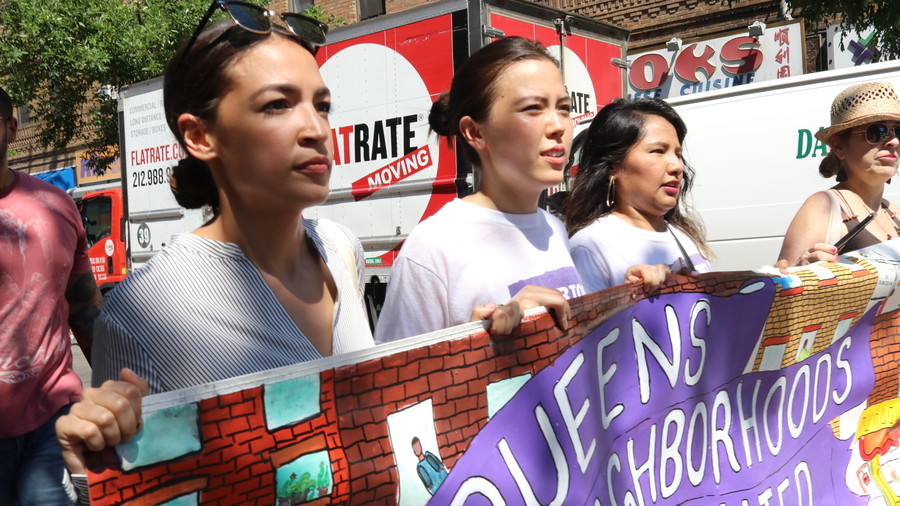 America’s liberal elite is both horrified by Donald Trump, and incapable of mortally wounding him. What’s needed instead is a profound leftward shift, led by new faces.

Now that yet another week of President Trump’s frantic activity is safely behind us, and slowly receding into memory, we can reflect on the chaotic wasteland his foreign trip left behind.

The US President visited three places: Brussels – where he met the key European leaders, London – to see Theresa May and the Queen, plus Helsinki – where he held a summit with Vladimir Putin.

While most pundits noted the apparently strange fact that Trump was much friendlier to (those perceived as) US enemies than to its traditional friends, this shouldn’t surprise us too much. Instead, our attention should turn in another direction. As is often the case with Trump, reactions to his acts are more important than what he actually did or said.

It’s called America first. It’s what got Trump elected and when the ultra left keeps bashing Trump for it it comes across to the rest of the people as bashing America.

Let’s not lose our nerve. Instead, we can exploit the confusion by systematically organizing another anti-establishment front from the left. The signs are clear here – the surprising electoral victory of Alexandria Ocasio-Cortez, a self-proclaimed democratic socialist, against 10-term House incumbent Joe Crowley in a New York congressional primary was, hopefully, the first in the series of shocks that will transform the Democratic Party. People like her, and not the well-known, and tired, faces from the liberal establishment, should be our answer to Trump.

Dems are trying to do  repeat of the Obama change wave. That wave has receded.