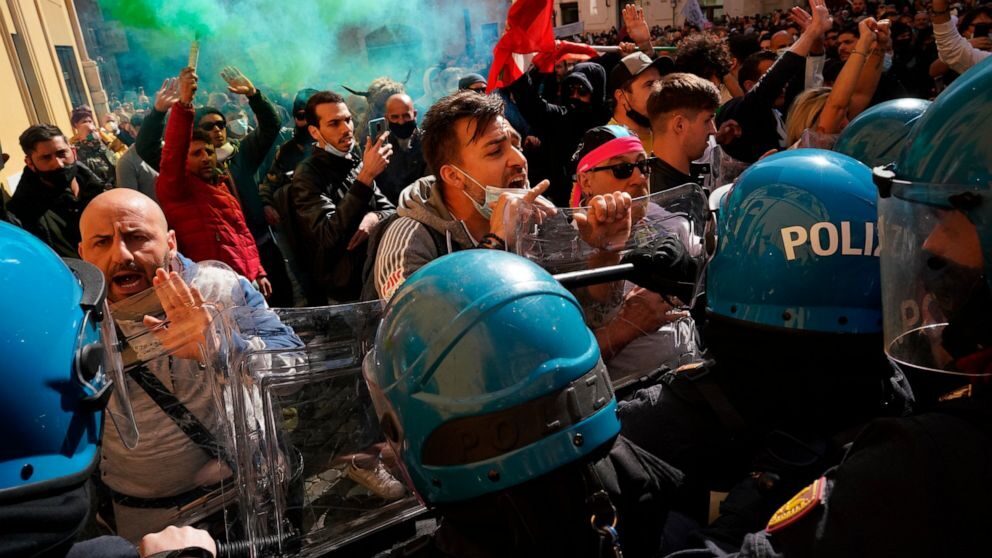 Italian restaurant owners and others angry at having their businesses shut for weeks due to a virus lockdown clashed with police Tuesday during a protest outside Parliament in Rome, while in the south, hundreds of demonstrators blocked a major highway. One officer was injured in the scuffling, the Italian news agency LaPresse said. RAI state TV said seven protesters were detained by police. Many in the crowd of a few hundred protesters outside the Chamber of Deputies lowered their masks to shout “Work!” and “Freedom!” Some hurled smoke flares or other objects. Dining and drinking at restaurants, bars and cafes is currently banned through at least April. Only takeout or delivery services are permitted. Officers charged some protesters after they tried to breach a police cordon. Members of a far-right political group joined the business owners at the protest, according to the Italian news agency ANSA.
Source: Restaurant owners clash with police in Rome lockdown protest