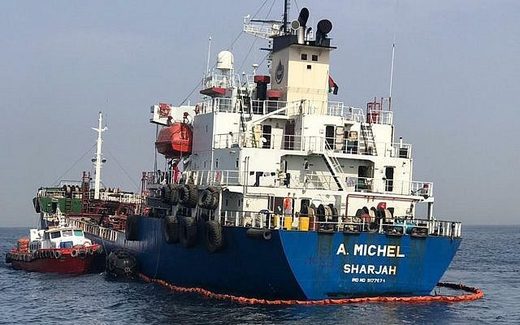 Intelligence materials collected by Israel’s Mossad agency played a role in linking Iran to the sabotaging of four oil tankers off the coast of the United Arab Emirates last month, prompting the United States to accuse Tehran of carrying out the attack, according to a report on Monday. The US is slated to present the intelligence – including evidence gathered by Israel – in the coming days, likely before the UN Security Council, the Kan public broadcaster said, as tensions between Washington and Tehran continued to simmer. An Israeli navy official described the purported Iranian attack on the UAE tankers as “a pretty impressive commando operation.”
Source: Report: Mossad ‘intel’ helped link Iran to UAE tanker sabotage