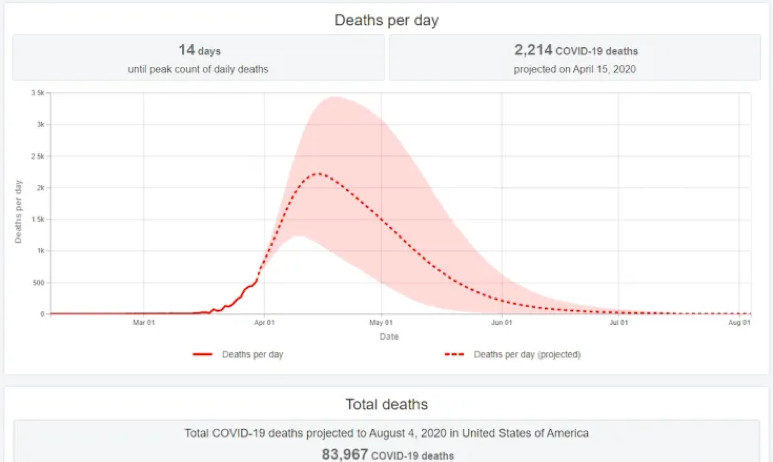 “The … crisis we face is unparalleled in modern times,” said the World Health Organization’s assistant director, while its director general proclaimed it “likely the greatest peacetime challenge that the United Nations and its agencies have ever faced.” This was based on a CDC computer model projection predicting as many as 1.4 million deaths from just two countries. So when did they say this about COVID-19? Trick question: It was actually about the Ebola virus in Liberia and Sierra Leone five years ago, and the ultimate death toll was under 8,000. With COVID-19 having peaked (the highest date was April 4), despite the best efforts of the Centers for Disease Control and Prevention to increase numbers by first saying any death with the virus could be considered a death from the virus and then again this week by saying a positive test isn’t even needed, you can see where this is going. Since the AIDS epidemic, people have been pumping out such models with often incredible figures….
Source: Repeated failures indicate it’s time to dump current epidemic models