Regarding Ignoramuses in Academe

March 15, 2020
Regarding Ignoramuses in Academe

“Condemnation before investigation is the height of ignorance” — widely attributed to Albert Einstein, but whoever the author was had it right. [William Paley — DV Ed]

A peer-reviewed journal, Alternatives, recently published an article, “9/11 Truth and the Silence of the IR Discipline,” by David Hughes, a faculty member at the University of Lincoln in the UK. The article is very well written and may be the single best succinct summation of 9/11 history available. “IR” refers to the academic study of international relations, so the sad fact that scholars who pursue such a discipline have failed to be attentive to the multiple lies within the official narrative of 9/11 is brimming with irony because, as Hughes states, international relations is “… the one discipline that should be most conversant with false flag terrorism and the ‘War on Terror.’” The article cites the 9/11 Consensus Panel, the results of the 4-year independent study of the collapse of WTC7, and the developing Federal Grand Jury Investigation, all involving scientists, scholars and attorneys with impeccable credentials.

Some university faculty members of the “IR Community”, presumably in good standing with their peers, have reacted (via tweets) in a manner wildly inconsistent with academic standards. One Nicholas Kitchen of the University of Surrey, tweeted, with regard to the article, “I think it’s OK for me to reveal that I was asked — and declined — to review it. Had I done so, I would certainly have rejected it…. But editors are, I would suggest, the bigger issue here. This should never have gone out to peer review. Any serious academic — as journal editors must be — can see this is the worst kind of conspiracy theorizing in only minimal academic dress.” 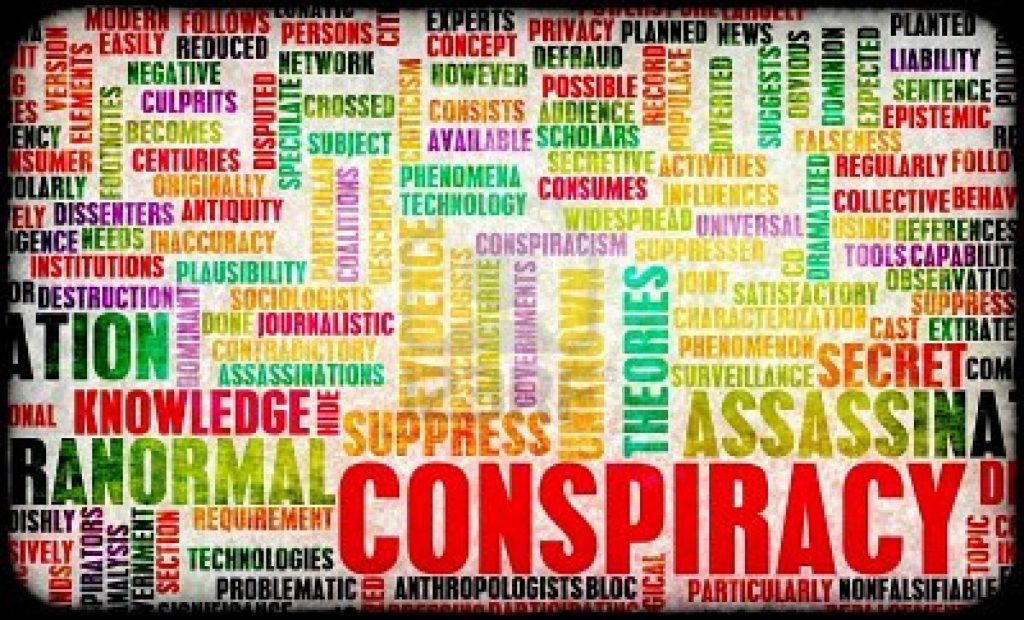 Calling anything “conspiracy theorizing” shows Kitchen uninformed regarding the CIA origin of the epithet, intended to belittle and to shut down rational discussion. But attacking an editor for sending an article out for peer review is seriously witless. Consider not only the sterling credentials of those in the Consensus Panel and the engineering study cited within the article, but also that among the countless individuals who have disparaged the governmental narrative so as to qualify in Kitchen’s mind as “conspiracy theorists” include Dr. Robert Bowman, head of the “Star Wars” program under two presidents; Francesco Cossiga, former president of Italy; Dr. Alan Sabrosky, former Director of Studies at the U.S. Army War College; Andreas von Bulow, former Secretary of Germany’s Federal Defense Ministry; General Leonid Ivanshov, former Chief of Staff of Russian’s Armed Forces; Ronald D. Ray, Deputy Assistant Secretary of Defense in the Reagan Administration, and hundreds more of like credibility and authority.

Kitchen represents an embarrassing lack of critical thinking and a shameful negation of the academic, investigative spirit. And he’s not alone. Emmett MacFarlane, of the University of Waterloo, tweeted “[T]he 9/11 piece is the publication of disinformation. It is a complete failure of the peer review process …. I’m surprised I haven’t seen more of the journal’s editorial/advisory board repudiate it or resign. I can’t believe anyone would willingly continue to associate themselves with the journal so long as that piece goes unrestricted.” Jennifer Mustapha of California’s Western University of Health Sciences was less delicate: “It is a steaming pile of hot garbage and I’m pretty f*****g mad about it. Can reassure you that basically all of the critical IR peeps I know are as flabbergasted as me and you. It is a disgrace.” Nour Halabi of the University of Leeds wrote “Unless this so-called article peddling 9/11 conspiracy theories is recalled, I will never publish with Sage again. I call on other academics to join me, truthers and conspiracy theorists have no place in academia and in any of our publication [sic].”

Charges of “conspiracy theorizing”, “publication of disinformation”, “steaming pile of hot garbage”? A doctoral level professor wants to to “restrict” an article on a subject obviously suppressed by every aspect of governmental and mainstream media? Good lord, what understanding of freedom of inquiry exists within circles of “IR”? There have been so many attacks on members of the editorial board that the head editor, Lacin Idil Oztig, posted a request that the attacks cease, taking it upon herself to assume sole editorial responsibility for the article. But why should she, or anyone on the board, apologize for anything? Author Hughes has proper citations – well over 100 – for every aspect of his paper.

Hughes hits hard with his charge that silence from those who should be speaking up is “… uncritically lending intellectual legitimation to the official narrative and thus the ‘War on Terror’ and obediently serving Western state power.” Hughes also cites fellow scholar Kees Van der Pijl: “By selling out to the self-fulfilling fiction of Islamic terrorism, the discipline if IR today has itself largely degenerated into a mercenary, ‘embedded’ auxiliary force…. A discipline led by scholars of this moral calibre cannot be expected to restore its intellectual integrity.” Such a level of scorn aimed at a segment of the academic community is not seen often, but in the case of the IR scholars cited, it is certainly deserved.

It’s one thing for someone in the academy to avoid confronting a given issue, but it’s something radically different to attack those who do make the effort to study an issue studiously avoided by the mainstream, and to look into possible reasons for that avoidance. The article is excellent, well written, and the first part is a superbly compacted and up-to-date review of 9/11 (the remainder dealing with reasons for failure to confront the lies of 9/11). The condemnation of author and editor has yielded a posting by blogger Tim Hayward, Peer Review vs Trial by Twitter, in which he invites — and receives — comments from readers. Many are from university faculty, and much of the commentary is an indictment of the academic community for its long silence on a taboo subject.

But no truth-seeking scholar with integrity would be deterred by taboo. The disgraceful attack by the tweeting professors is a textbook example of condemnation before investigation. The four, and fellow academics who followed them with similar slurs, display a rigidity of mind and a noxious commitment to official group think. They are beyond merely out of line. They represent a plague on freedom of scholarly inquiry and should be outed as the intellectual pariahs that they are.

Source: Regarding Ignoramuses in Academe