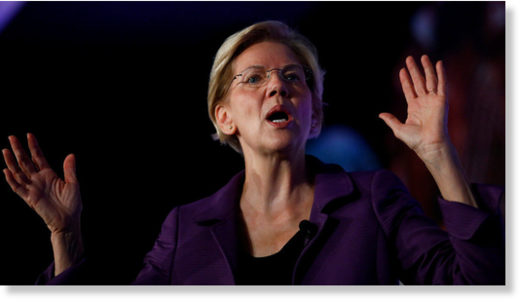 Democratic presidential contender Elizabeth Warren is standing by a claim that she lost a teaching job in 1971 when she was 22 and six months pregnant, while resurfaced documents allege otherwise. Warren was questioned about her story in an interview with CBS News after a video from 2007 resurfaced and shows her telling the same story without adding that she was “shown the door” for being pregnant. In the 2007 interview, Warren said she decided that working was not going to “work out” for her and had decided to have the baby and “stayed home for a couple of years.” Yet on the campaign trail, the Massachusetts senator and 2020 frontrunner has claimed multiple times that she was not given the job promised to her at Riverdale Elementary School in New Jersey, where she had already worked for one year, because she was pregnant.
Source: Pushed out or quit? Elizabeth Warren defends telling two versions of story about losing job over pregnancy