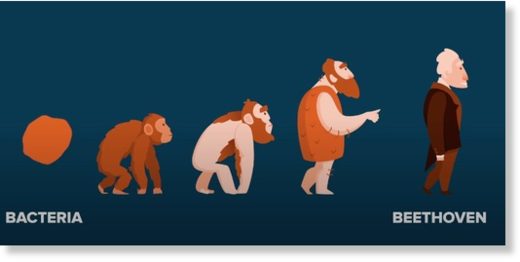 Darwin’s theory of evolution by natural selection has, with some modifications, been embraced as unassailable by the science community over the last century. So much so that evolutionary biologist Richard Dawkins has famously stated that “If you meet somebody who claims not to believe in evolution, that person is ignorant, stupid or insane.” But is that right? In a new PragerU video, Stephen Meyer answers that question by presenting two big reasons to doubt the evolutionary account of life’s origins – the Cambrian explosion and the DNA enigma. The animated video is a nice summary of Meyer’s book-length treatments of those two problems. And at under 6 minutes, the video makes a great conversation starter! Watch it below, and be sure to share it with your friends and family. Also note that a study guide is available, as well as a transcript of Meyer’s commentary. You can even take a five-question quiz after watching it to make sure you were paying attention. Enjoy!
Source: PragerU features Stephen Meyer in new video: Evolution – bacteria to Beethoven