‘Pinch hitter’ Netanyahu: Israel will sub in to boost efforts in Syria as US troops pull out

December 24, 2018
‘Pinch hitter’ Netanyahu: Israel will sub in to boost efforts in Syria as US troops pull out 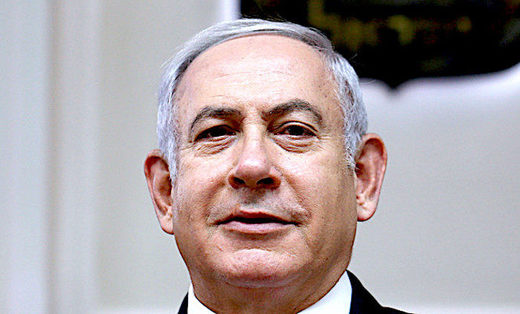 Israeli Prime Minister Benjamin Netanyahu’s remarks follow US President Donald Trump’s decision to withdraw all 2,000 American troops from Syria after declaring victory over Daesh. Speaking at the fifth Israel-Greece-Cyprus summit held in the southern city of Beersheba, Israeli Prime Minister Benjamin Netanyahu pledged to intensify efforts in Syria: “We will continue to act in Syria to prevent Iran’s efforts to militarily entrench itself against us. We are not reducing our efforts, we will increase our efforts. I know that we do so with the full support and backing of the US.” The prime minister said that he had been warned of the US troop withdrawal from Syria in advance during phone conversations with President Donald Trump on Monday and US Secretary of State Mike Pompeo on Tuesday. Comment: How soon will Israel create the false flag and hook the US back into conflict?
Source: ‘Pinch hitter’ Netanyahu: Israel will sub in to boost efforts in Syria as US troops pull out