Over 35,000 affected by floods in Samarinda city, East Kalimantan, Indonesia 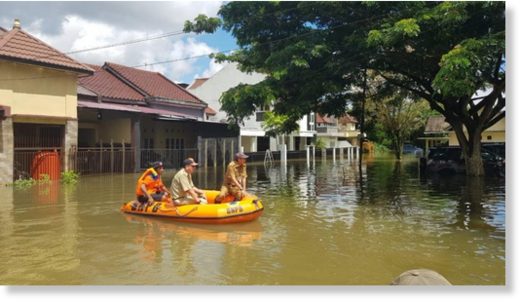 Flooding has affected over 35,000 people in Samarinda City in East Kalimantan Province in Indonesia, according to local disaster authorities. According to the country’s disaster management agency BNPB (Badan Nasional Penanggulangan Bencana) flooding began around several days ago and has affected a total of 11,652 families or 35,684 people. Samarinda City is situated on the Mahakam river in the east of the island of Borneo. The river overflowed after heavy rain on 09 June. Over 600 houses have been flooded. BNPB said that flood water was 1.25 metres deep in some areas.
Source: Over 35,000 affected by floods in Samarinda city, East Kalimantan, Indonesia