‘Only Latino candidate’ Julian Castro drops out of US presidential race

January 3, 2020
‘Only Latino candidate’ Julian Castro drops out of US presidential race 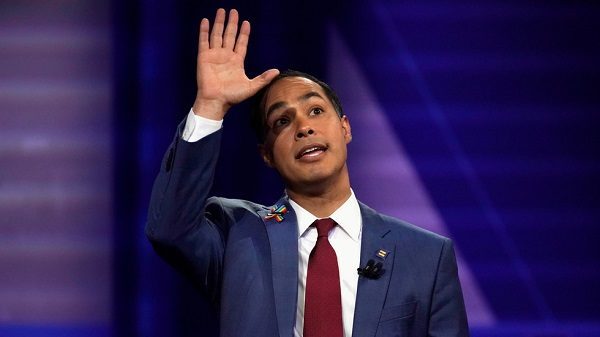 Former Obama housing secretary Julian Castro has dropped out of the race for the Democratic presidential nomination after failing to crack 1 percent in most polls. His platform lives on in how it pushed other candidates leftward. Castro released a video on Thursday thanking his supporters and promising to “keep fighting for an America where everyone counts.” Touting his record of “speaking up for the most vulnerable folks in this country,” the former San Antonio mayor boasted of “shaping the conversation” in the 2020 race, but admitted that he had realized “it simply isn’t our time,” with just a month to go before the caucuses in Iowa. Castro made waves by promising on the debate stage to decriminalize illegal border crossings, leading many other candidates to adopt that position – unpopular as it may be among voters.
Source: ‘Only Latino candidate’ Julian Castro drops out of US presidential race