One Million March In Chile In Protests Against Government

October 27, 2019
One Million March In Chile In Protests Against Government

One MILLION march in Chile! Furious activists occupy streets in protest against government

Almost one million protesters took to the streets of Chile yesterday and stayed through the night in the biggest demonstrations since violence broke out in the capital a week ago.
So far at least 18 people have been killed, hundreds wounded, and millions of dollars worth of damage has been caused.
Demonstrators waving national flags, blowing whistles and horns, wafting incense and bearing placards urging political and social change streamed through the streets, walking for miles from around Santiago to converge on Plaza Italia.
The scenes were replicated in cities around the country. 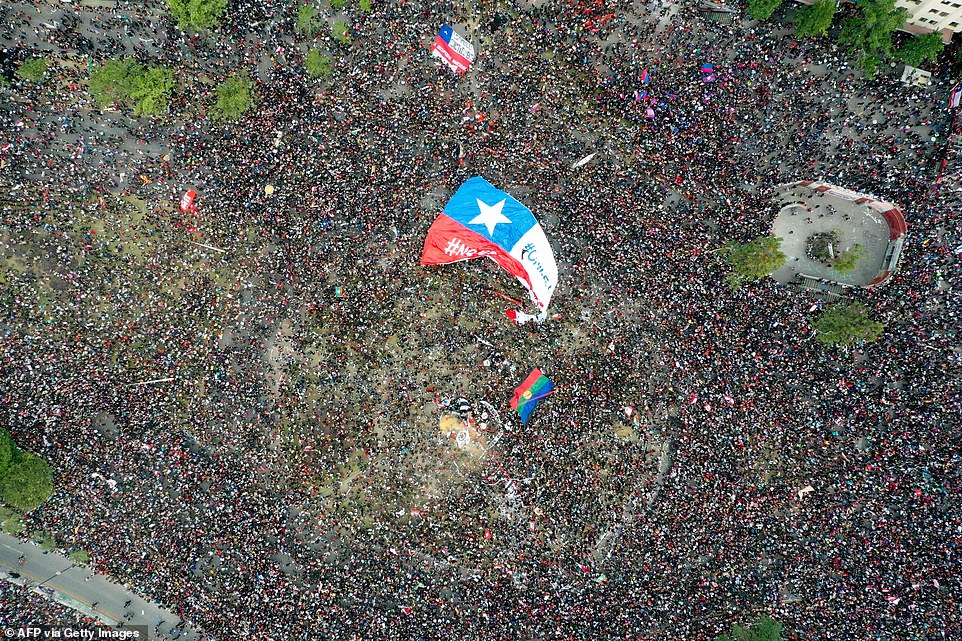 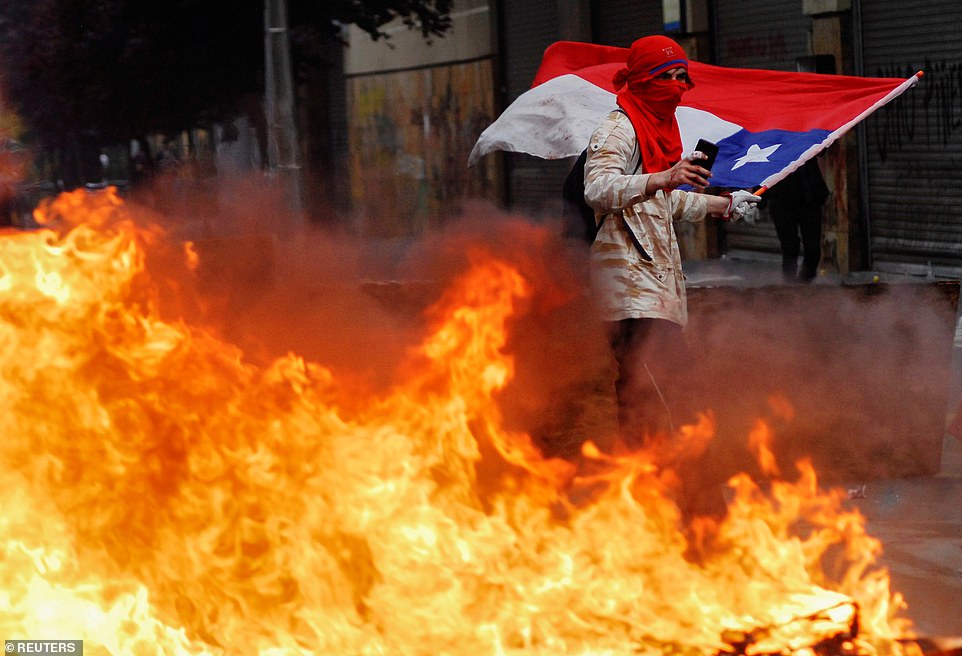 Traffic ground to a standstill in Santiago as truck and taxi drivers added their own protest over road tolls and public transport shut down early ahead of marches that grew throughout the afternoon.
Santiago governor, Karla Rubilar, said almost a million people marched in the capital – more than five percent of the country’s population.
‘Today is a historic day,’ Rubilar wrote on Twitter. ‘The Metropolitan Region is host to a peaceful march of almost one million people who represent a dream for a new Chile.’
Clotilde Soto, an 82-year-old retired teacher, said she was marching because she did not want to die without seeing change.
‘Above all we need better salaries and better pensions, she said.
Protests that started over a hike in public transport fares boiled into riots, arson and looting that have killed at least 18 people, injured hundreds, brought more than 7,000 arrests and caused more than $1.4billion of losses to Chilean businesses. 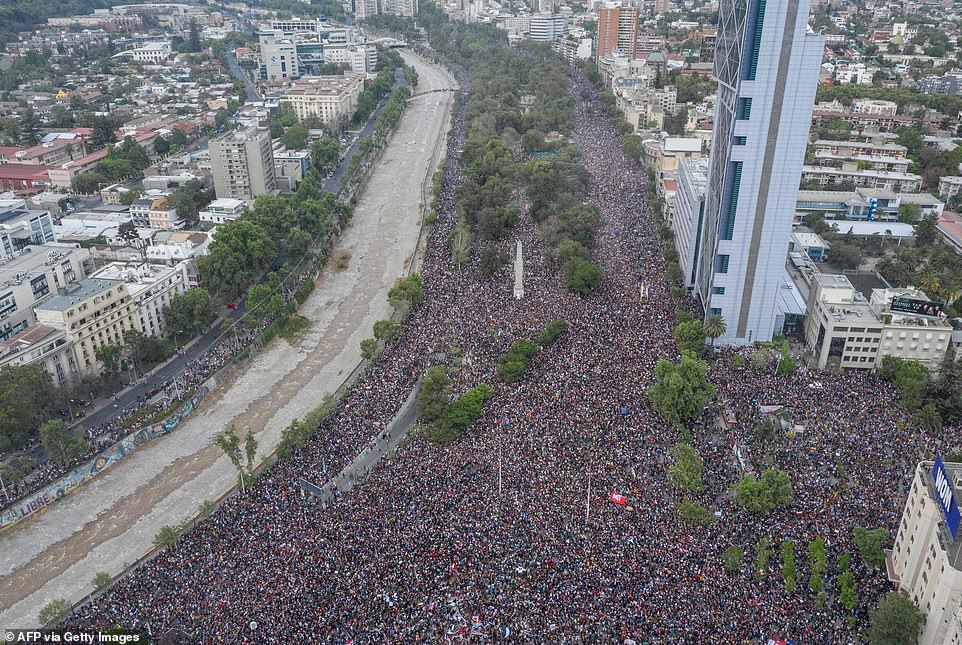 While much of wealthy east Santiago has remained calm under evening lockdown, the poorer side of the city has seen widespread vandalism and looting.
Pinera, a billionaire businessman, told the nation on Thursday he had heard the demands of Chileans ‘loud and clear.’
He has sent lawmakers legislation to overturn a recent hike in electricity rates, and called for reforms to guarantee a minimum wage of $480 a month and introduce state medical insurance for catastrophes.
Seated with a group of elderly Chileans over lunch on Friday, Pinera put finishing touches on a bill to hike minimum pensions by 20 per cent. ‘We must approve these projects with the urgency that Chileans demand,’ Pinera said.
An online poll conducted by local company Activa Research of 2,090 people on October 23 found 83 per cent of respondents said they supported the goals of the demonstrators, but 72.5 per cent opposed violence as a method of protest.
The principal causes of the protests were low salaries, high utility prices, poor pensions and economic inequality, it said.

Source: One Million March In Chile In Protests Against Government