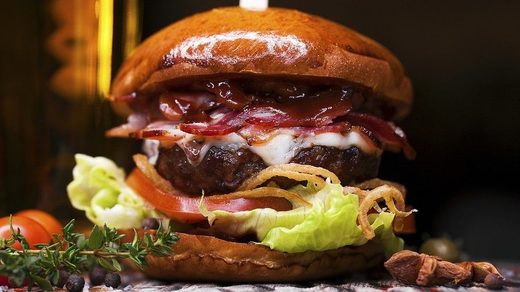 There is no food so quintessentially American as hamburgers, which of course makes them a perfect target for disparagement by the woke clickbait media. The newest twist is that they have a ‘hidden Russia connection.’ “Even one of Trump’s favorite foods has a hidden Russia connection”: That is how the Washington Post Magazine chose to spin its most recent article about the humble ground meat patty sandwich, which delves into the history of the Soviet cousin of hamburgers. More on that in a minute, however. The Post tweet about the story was widely seen as being in bad taste, with a ratio of 1,300 replies to 250 retweets and likes combined, within two hours of being posted. Most of the replies mocked the paper for continuing to beat the “Russiagate” horse that has already been clobbered to death – if not by the report of special counsel Robert Mueller, then by his congressional testimony last week. The Post’s reporting on the subject has already earned the paper widespread scorn.
Source: Not satire: WaPo sees ‘hidden Russia connection’ in hamburgers