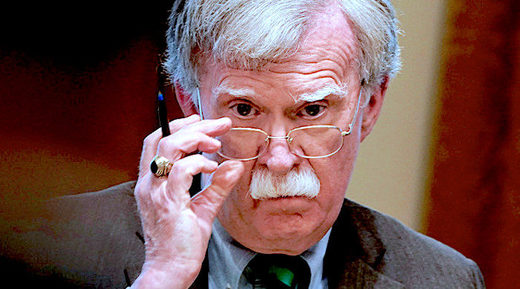 A top North Korean diplomat has slammed US National Security Advisor John Bolton for his “nonsense” and “dim-sighted” call for denuclearization amid stalled talks between the two nations following the fruitless summit in Hanoi. In an interview with Bloomberg on Wednesday, Bolton said that Washington could only proceed with further negotiations once there is “a real indication” that Pyongyang is ready to give up its nuclear program. Bolton’s words caused outrage in North Korea as the country’s Vice Foreign Minister Choe Son Hui dubbed his remarks as “nonsense,” adding that they were “devoid of discretion and reason,” according to country’s state-run KCNA agency. Bolton’s stunt also made the Pyongyang diplomat wonder whether the claims stemmed from the “incomprehension of the intentions of the top leaders” or if the national security adviser was trying to add his own vision to the debate. “All things considered, his word has no charm in it and he looks dim-sighted to me.”
Source: North Korea slams Bolton for ‘dim-sighted’ denuclearization remarks