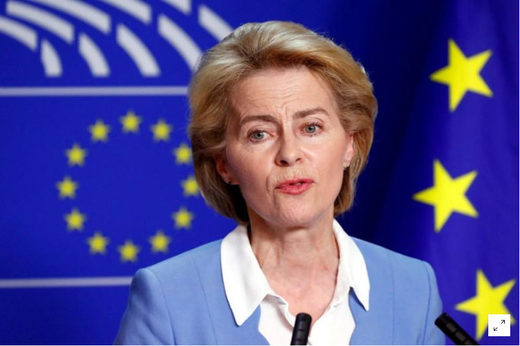 It’s a screaming headline in BILD, with “PUTIN” installed in the banner headline for better tabloid* effect, but the story is paywalled, so your translator resorted to Ria.Novosti for the text. After the translation, I will add several comments on this news from Facebook friends in Germany. The new head of the European Commission, Ursula von der Leyen, believes that the Nord Stream II gas pipeline project entails a too-strong risk of the EU being dependent on Russian energy resources. Nord Stream II has “an economic and of course a political dimension,” said the former head of the Federal Ministry of Defense. “There is a risk of over-reliance on Russian energy resources, other forms of energy are important for diversifying energy supplies. We need competition, and we need to take into account the interests of our eastern neighbors,” von der Leyen said in an interview with the tabloid Bild.
Source: New EU commissioner warns of “over reliance” on Russian energy as Nord Stream II nears completion