Nelson Mandela on Palestine’s struggle: In his own words

February 12, 2020
Nelson Mandela on Palestine’s struggle: In his own words 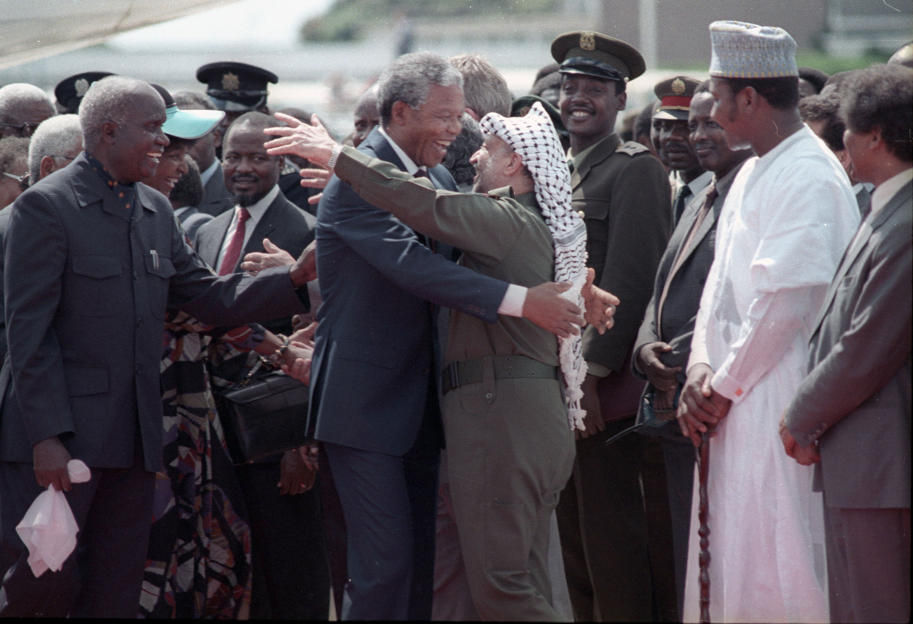 On the 30 year anniversary since his release from prison, the late South Africa leader remains an icon for the Palestinians Thirty years ago, Nelson Mandela raised a clenched-fist salute as he walked out of Victor Verster Prison. After spending 27 years in prison, Mandela instantly galvanized the country and would spend the next four years tearing down South Africa’s apartheid system before becoming the country’s first black president. The struggle he led to end down racial segregation and transform South Africa into a democratic state has been hailed, in particular, by Palestinians, who draw parallels between Israeli occupation and the apartheid wall – and the situation black South Africans faced. Since its inception in 2005, the BDS movement, has mobilised the apartheid analogy to further the movement for Palestinian rights and modeled its tactics after those employed by the global anti-apartheid struggle: boycotts, corporate disinvestment, and sanctions of Israel.
Source: Nelson Mandela on Palestine’s struggle: In his own words