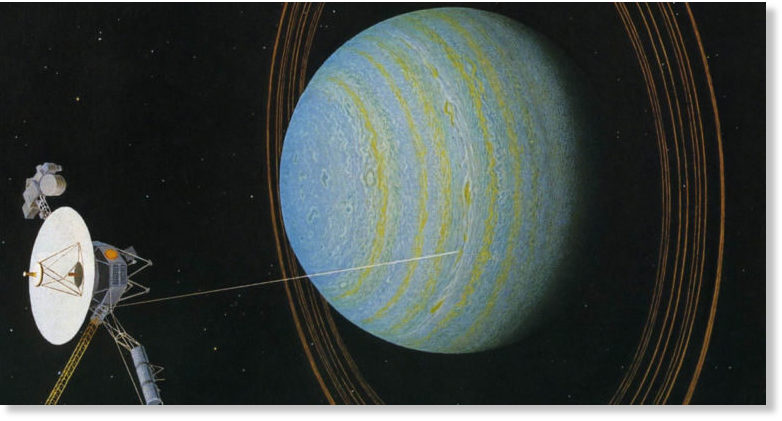 It’s been several decades since NASA’s Voyager 2 spacecraft reached the chilly planet Uranus. The probe cruised past the frigid world at a distance of around 50,000 miles, sending back a wealth of data for scientists to dig through. Now, 34 years after it visited Uranus, the data that Voyager 2 sent back has revealed something entirely new. As NASA reports in a new post, researchers recently discovered that Voyager 2 cruised through a blob of charged gas called a plasmoid as it passed the planet. The spacecraft’s journey through the plasmoid lasted only about a minute, but that was still long enough for scientists to spot the anomaly in the decades-old data.
Source: NASA data shows gas is leaking from Uranus