October 18, 2020
Armenia and Azerbaijan have accused each other of violating a humanitarian ceasefire in the disputed region of Nagorno-Karabakh. 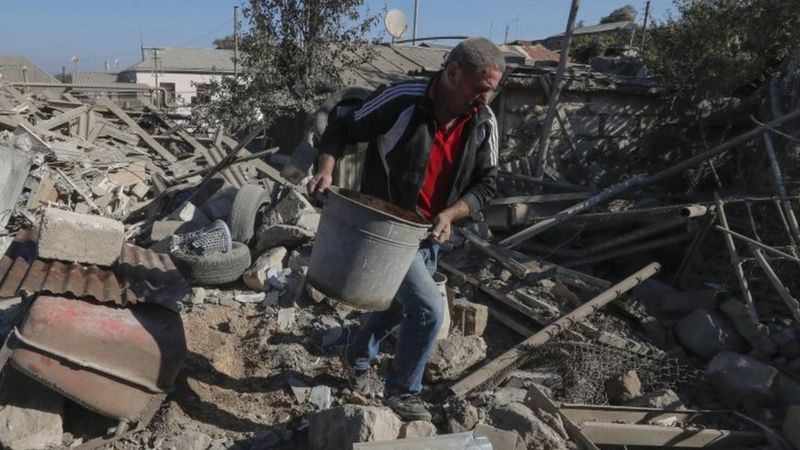 Both sides agreed had agreed a truce to start at midnight local time (20:00 GMT Saturday).

Both countries signed a Russian-brokered ceasefire last Saturday. However, clashes continued despite that accord.

Fighting flared last month over the territory, which is internationally recognised as part of Azerbaijan but run by ethnic Armenians. Hundreds have died.
more:
https://www.bbc.com/news/world-europe-54586437