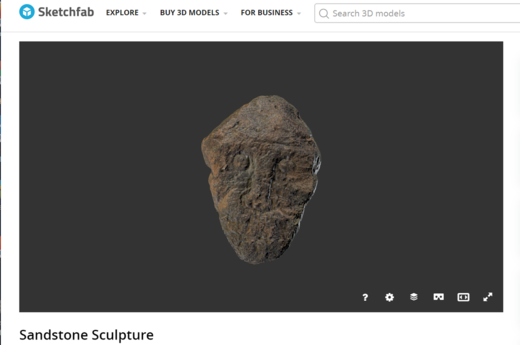 Someone plowing the field in Newton Grove had hit a large stone while working earlier and moved it over to the edge of the field, said Mary Beth Fitts, assistant archaeologist at the North Carolina Office of State Archaeology. But when the property owner stopped to look at it, he discovered it wasn’t just any stone. When he turned it over, he found a face carved into the front of it and called the Office of State Archaeology, Fitts said. But experts are unsure what exactly it is. “It’s a very unusual artifact,” Fitts said. “We haven’t seen anything like that before.” The office posted a 3D model of the sculpture on Facebook on Monday in hopes of “crowd sourcing” to find out more about it. “We’re hoping maybe someone has seen something like it,” Fitts said.
Source: Mysterious face sculpture found in North Carolina field baffles experts